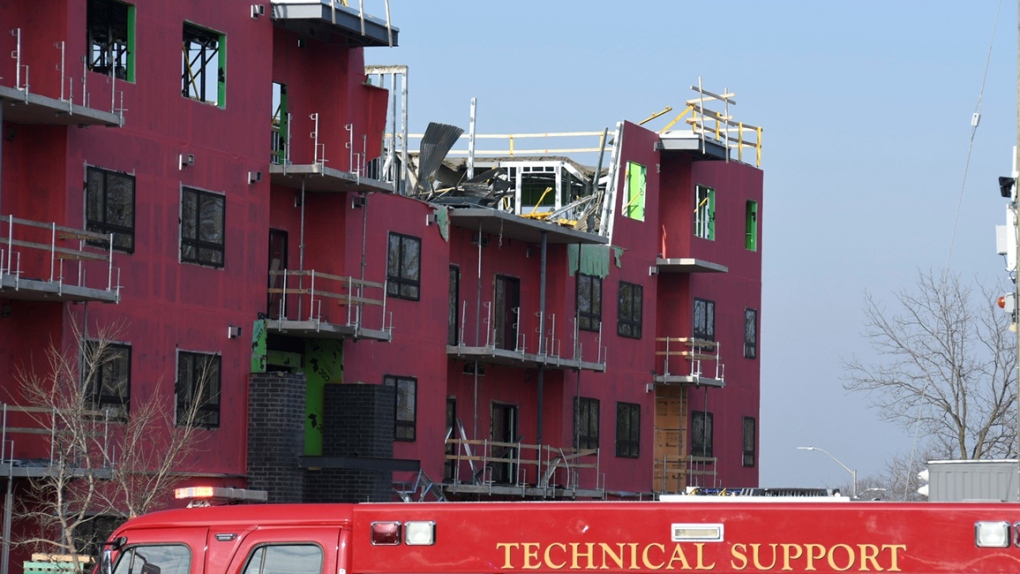 LONDON, ONT. -- Some work has resumed on Teeple Terrace following a deadly collapse at the construction site in December, however the Ministry of Labour, Training and Skills Development (MLTSD) continues to have control of where the collapse occurred.

On Dec. 12, a portion of the four-storey condominium under construction at Wonderland Road and Teeple Terrace collapsed, leaving two men dead and several others injured.

On Feb. 12, a MTLSD inspector conducted a field visit on-site and a requirement was issued to BECO Developments (London) Inc.

To date, MLTSD has issued 24 requirements and three orders since the launch of their investigation.

Workers are allowed back on site, however the ministry continues to control the part of the site where the collapse occurred.