GRAND BEND, ONT. -- Over the past 90 days, the 'strip' in Grand Bend has seen major changes.

"Grand Bend has a lot more on the go at any one time than I think I've ever seen in the 15 or 16 years I’ve been here," says Glen Baillie, vice president of the Grand Bend and Area Chamber of Commerce.

Multiple developers have purchased properties along Main Street with plans for a mix of retail and condominiums.

Work is underway on Miami Developments and S.E.M. Construction's project which will have street-facing ground-floor retail, parking at the rear and rooftop amenity spaces.

Realtor Mike Sloan, who has multiple sold signs along Main Street, says a lack of long-term rentals has made way for this buying and selling frenzy.

"Properties like this on Main Street you can cover with 100 per cent density and go multi-unit with commercial on lower level then residential above," says Sloan, while standing in front of an empty lot just west of Gables Tavern.

"This is going to be quickly evolving into a mini-Whistler and we love it." 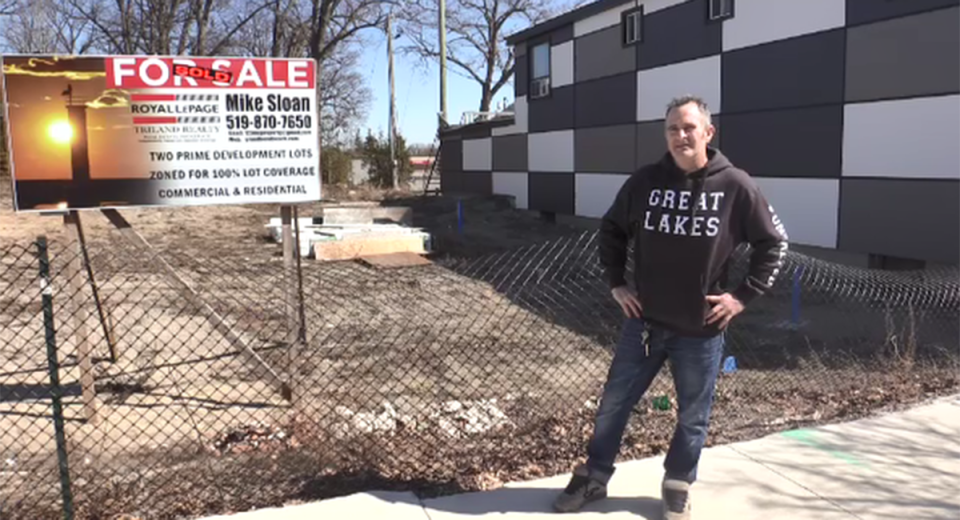 The hope is that one day the old shacks that aren't equipped for year-round use can be gone and make way for properties like Willie's Beach Bar just steps from the water.

It has a bar and restaurant space below, and condos above.

The owners there have been spreading the word to potential developers about their community and the opportunities and it has paid off. 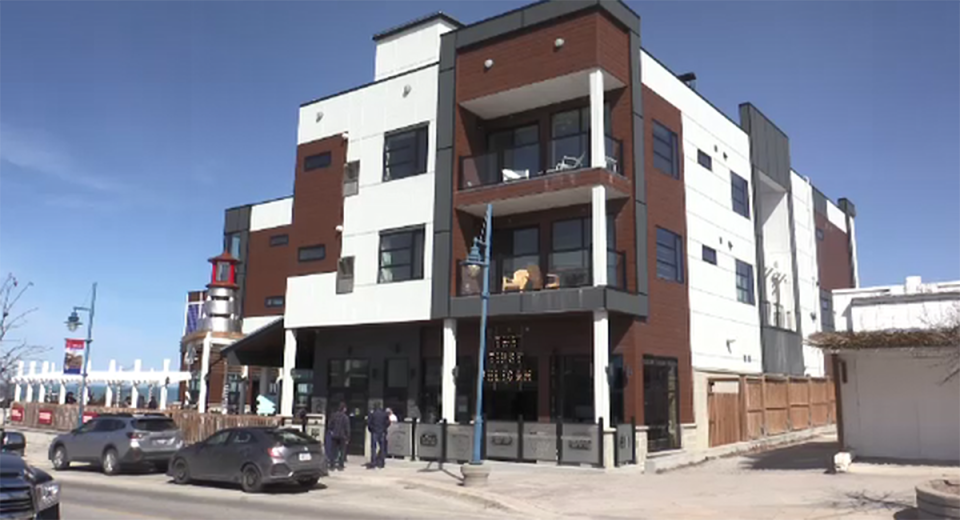 Willie's Beach Bar and the Tipsy Pelican on Main Street in Grand Bend, Ont. are seen Monday, March 22, 2021. Commerical development is below with residential above. (Brent Lale / CTV News)

"You talk to people in business with you or competitors even and they come here and realize and there is a role for them too," says Baillie. "The people who were contractors of the stage on our main beach are the ones building behind me. They saw this community in full blossom and they invested in several things."

What Baillie ideally wants is to see the housing shortage looked after, and then the logical extension of having businesses in town year-round.

"There was way too many times people would show up May 24, put on two coats of paint and be gone by Labour Day, and those days I think are gone."

The Colonial Hotel and Gables is a pending sale to a major hospitality group owner. Next door another developer from London, Ont. has purchased multiple adjoining properties.

"We are going to see this keep popping up over the next two to three years," says Sloan.

"Within five years it will be like a different town. You see this with coastal towns in the states and I think people didn't realize the quality of the Great Lakes. It's just like we are on the ocean and it demands that quality of development.

As a Grand Bend resident, Sloan is excited about the changes and the future, although there are some in town who aren't in favour of the changes. He feels they'd better get used to it.

"This is just the beginning," he says.