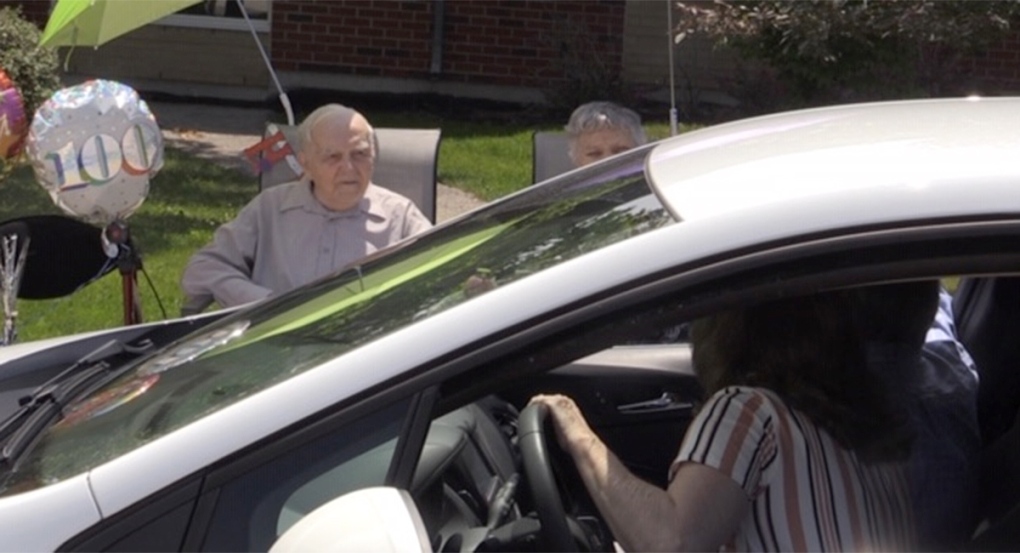 LONDON, ONT. -- A local man who sweetened many summers with his strawberries turned 100 years old Friday.

Peter Millar was honoured with a drive-by celebration led by the London Fire Department.

For decades Millar welcomed thousands of Londoners to his pick-your-own berry farm that still operates in Lambeth.

His eldest son Greg Millar says, “He would go early in the morning until late at night. A very hard worker. That’s what we attribute why he’s so healthy right now, why he’s lived to be 100 years old.”

He even worked the fields into his 90s.

On Friday he marked the milestone with his wife Helen and three generations of kids.

His great grandchildren shout, “I love him! Every day I always miss him.”