Military to conduct helicopter training in London over next four days 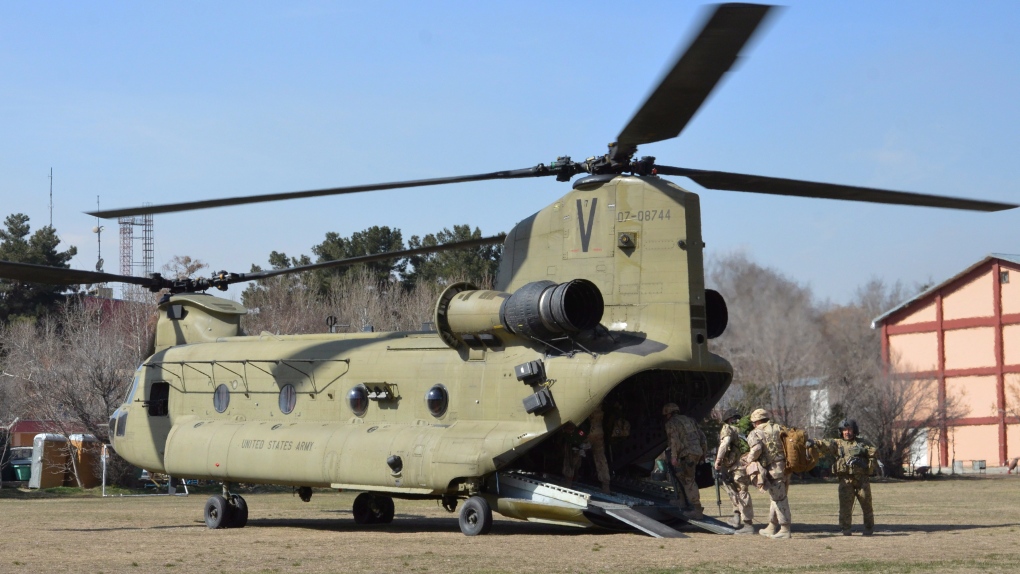 The last Canadian troops to leave Afghanistan board a U.S. Army CH-147F Chinook helicopter in a field adjacent to NATO headquarters in Kabul for the trip home on March 12, 2014. Their departure signifies the end of the country‚ as military involvement in the war-wasted nation after 12 years. (Murray Brewster / THE CANADIAN PRESS)

LONDON, ONT. -- Londoners shouldn't be alarmed when they see or hear military aircraft over the skies of the city.

Members of the Canadian Special Operations Forces Command along with the Royal Canadian Air Force will be conducting some routine training in the area.

It starts Friday and runs until Monday from 9:30 p.m. to 3 a.m. each day. There will also be excercises conducted in Huron Park during roughly the same time.

It might get loud at times and military weapons will be present.

Officials say any use of simulated ammunition will be done with all required safety measures.

The Canadian Special Operations Forces Command thanks the public for its support and understanding.