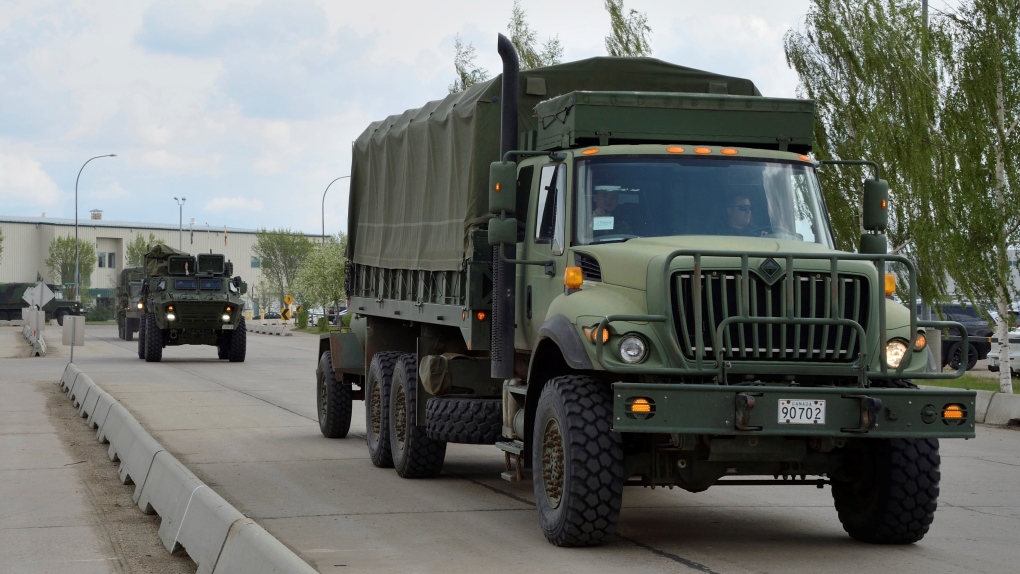 LONDON, ONT. -- London and area residents can expect to see military personnel and vehicles from 31 Canadian Brigade Group (CBG) on the roads travelling to Canadian Forces Base (CFB) Borden on Monday.

There are more than 200 soldiers from Southwestern Ontario taking part in the mobilization to help in the fight against COVID-19, said a release from the 31 Canadian Brigade Group, headquartered in London.

They are preparing to respond to federal, provincial or municipal requests for assistance.

Military members expect to help with other emergencies as well, such as floods and fires.

From CFB Borden, soldiers will be positioned to support and react to the needs as they are identified, the release said.

Feds urge med students, retirees to volunteer in the fight against COVID-19

One-third of community-based physicians say they will run out of medical supplies in days: survey

18 isolated countries have avoided COVID-19. Could they skip the pandemic?

Ontario forecasts up to 15,000 COVID-19 deaths with health measures in place

To wear or not to wear? Canadian doctors weigh in on use of face masks for all

Would you like confession with that? Canadian Catholic church offers drive-thru sacraments