LONDON, ONT. -- One hundred migrant workers voluntarily gave a DNA sample to police during the investigation of a violent rape in a Bayham home in 2013.

Micky Granger is among those workers, and he has since filed a $50-million class-action lawsuit against the province in connection with the case.

Granger claims that the OPP retained the DNA samples and did not destroy them after the investigation led to a conviction of then 35-year-old Henry Cooper.

Granger V. Ontario, represented by Goldblatt Partners Law firm, is a class-action that was recently certified by the Ontario Superior Court of justice. 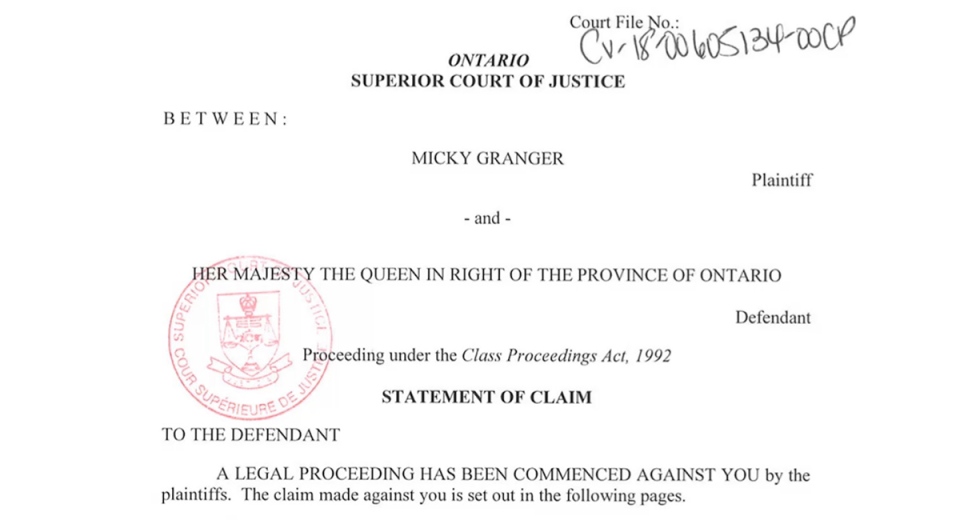 Jody Brown, an associate for the firm, says the consent forms presented to migrant workers for DNA sampling were standard.

“It’s a form that says ‘you are consenting to give this, it will be used for comparing your DNA to DNA from the crime scene,'” says Brown.

“The key part of it is that the form actually says, ‘according to the Criminal Code all results from this need to be destroyed.’”

Brown says that the migrant workers gave their DNA sample under the understanding that if they were innocent their DNA would later be destroyed.

There are allegations that OPP did not comply with that agreement, and that they kept the profiles and results and ‘violated everyone's right to be free from unreasonable search and seizure,’ the lawsuit alleges.

“[Granger] felt betrayed, he voluntarily assisted with the investigation. He put all his faith into the system, he assisted the system and the system let him down,” says Brown.

The issue came to Granger's attention approximately two years ago. Brown says there was a separate human rights proceeding involving the migrant workers, about a large scale canvas, claiming that migrant workers were racially profiled.

During that proceeding Brown says the OPP gave evidence that ‘they kept profiles.’

The class action is seeking to represent not only those 100 migrant workers, but everyone who has given a consent sample where the profile was kept. Brown estimates this involves about 10,000 people.

“It means a sense of vindication,” says Brown. “The same sense that Mikey hopes to feel...that he is innocent and should be treated like an innocent person.”

The plaintiff will argue that the ongoing retention of the DNA profiles violates Section 8 of the Canadian Charter of Rights and Freedoms, which protects against unreasonable search and seizure, as well as the common law right to privacy.

Brown adds that the case is narrowed so it only encompasses consent samples that were not matched to a crime scene.