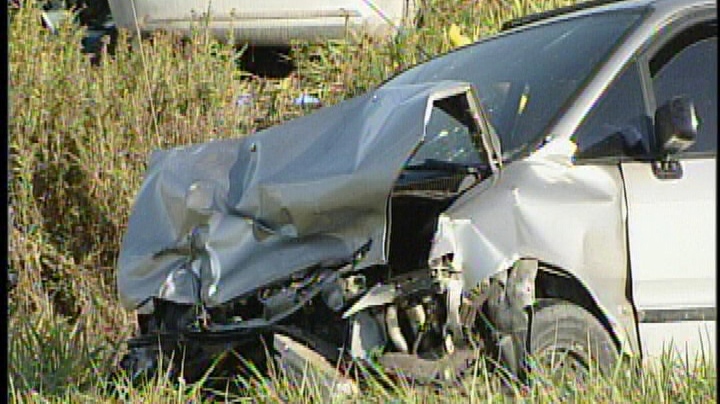 A damaged vehicle is seen following a fatal crash at Calvert Drive and Thames Road in Middlesex County, west of London, Ont. on Tuesday, Oct. 1, 2013.

LONDON, ONT -- Over the last ten years, Middlesex County roadways have been some of the deadliest in the province according to stats released from provincial police.

During that time period 115 people have died as a result of collisions, which puts the County in the top three for deadliest roads.

While the numbers are concerning, they also don’t seem to be improving.

According to OPP impairment or speed played a factor in four of those deaths.

A total 2675 people have died on Ontario roadways patrolled by OPP in the past ten years.

Police have also noted that men are 70 per cent more likely to be a victim in a collision.

"Traffic safety and public safety are a priority for our members all year round,” said Sgt. Steve Height.

“We remain committed to high visibility and actively seek out those who choose in their actions to put the lives of others at risk."