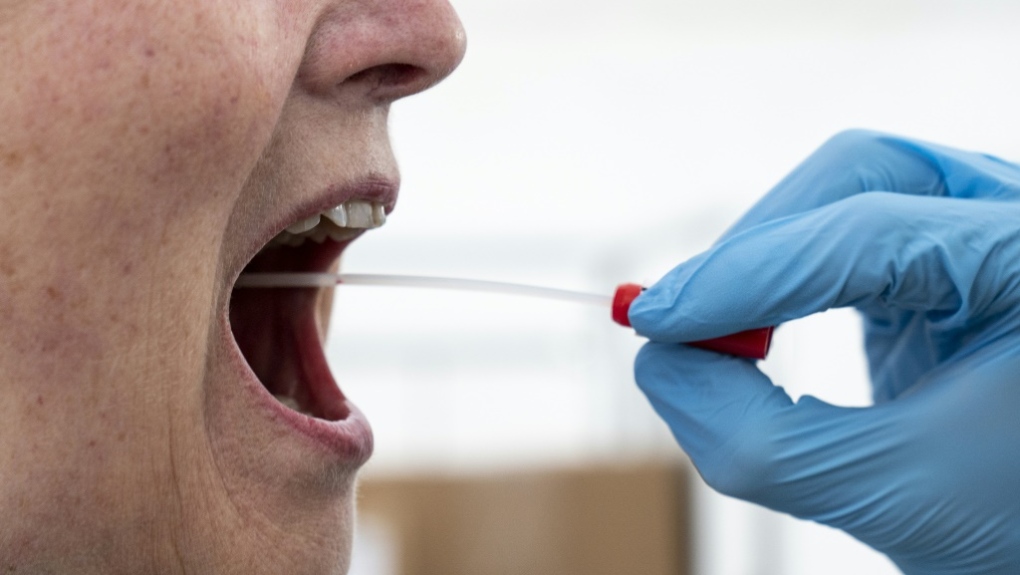 A patient is swabbed to be tested for COVID-19.

MIDDLESEX COUNTY, ONT. -- There were no new COVID-19 deaths reported by the Middlesex London Health Unit (MLHU) Monday, but 13 new cases, bringing the running total to 456.

Of those, 299 cases have been resolved, an increase of four in 24 hours. The number of deaths holds at 43.

The double-digit increase in cases comes after no new cases were reported Saturday, and only five on Sunday. No deaths were reported over the weekend.

MLHU Medical Officer of Health Dr. Chris Mackie says despite the increase Monday, the region is coming off a good weekend, and efforts to contain the outbreak must be ongoing.

“This is the time where we need to continue, as much as possible, to respect the personal safety measures and physical distancing…we need to steel our resolve and keep it going for a few more weeks.”

He added that part of the increase on a Monday may be that a drop in testing over the weekend can allow labs to catch up on testing several days’ worth of samples.

Long-term care and retirement homes have been connected to 137 of the cases in the region and 23 deaths. Only one of the new cases reported Monday is linked to a retirement home.

The region continues to deal with outbreaks at 10 seniors’ facilities.

While some outbreaks have been ongoing for more than a month, Mackie says it’s important to recognize just a single case would cause it to continue.

“We’re very quick to declare an outbreak…very slow to remove those outbreak declarations. One thing that’s very consistent, once you declare the outbreak over, you start having new cases.”

In Lambton County, the total number of cases stands at 200 on Monday, that’s an increase of seven since Friday.

That total includes 142 recovered and 17 deaths – one more death since Friday.

On the positive side, last week saw outbreaks declared over at both Landmark Village retirement home and Sumac Lodge long-term care home, both in Sarnia. One outbreak continues at the Vision Nursing Home.

In Elgin and Oxford counties, Southwestern Public Health is reporting a total of 62 cases as of Monday, with 47 resolved and four deaths.

There has been no increase in the number of cases since last Thursday, and no deaths since April 22.

Outbreaks reported at two seniors’ facilities have both since been resolved.

Huron and Perth counties are also holding steady, with a total of 49 cases, including five deaths, in the region. There has been no increase in cases for more than a week.

The only change is the number of recovered cases, which rose to 39 as of Monday, from 35 on Friday.

The outbreak at Greenwood Court in Stratford was declared over on Monday.

Four people died in that outbreak, which infected six residents and 10 staff members.

As of Sunday, there were 90 cases reported by Grey Bruce Public Health, including 71 recoveries and no deaths.

Across Ontario, a downward trend continued Monday, with 308 new cases and 35 deaths.