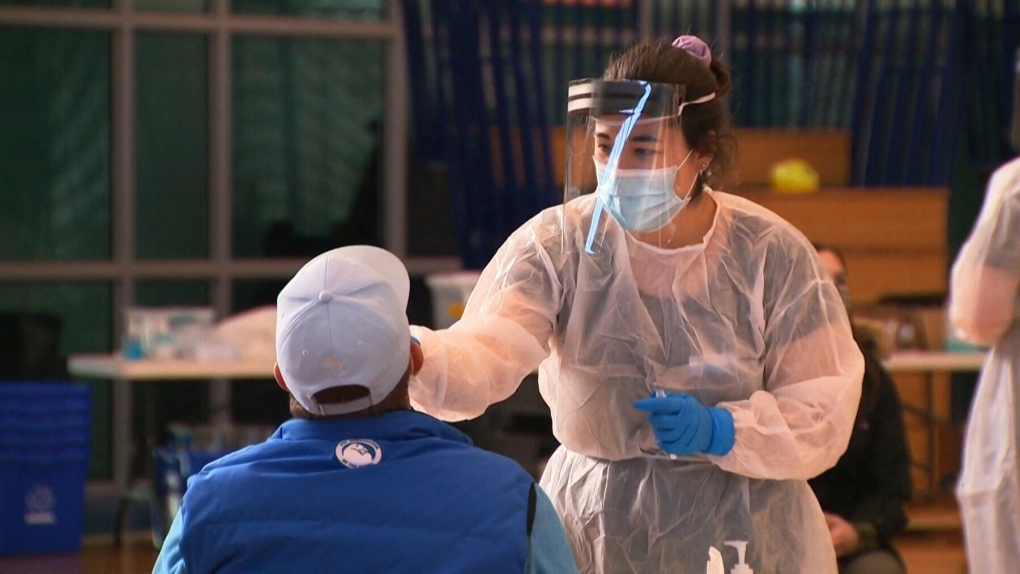 MIDDLESEX CENTRE, ONT. -- After a jump in cases on Sunday, both the Middlesex-London Health Unit (MLHU) and Southwestern Public Health (SWPH) are reporting single-digit cases Monday.

The MLHU is reporting five new cases but no deaths, bringing the region's totals to 6,182 cases, 5,903 resolved and 182 deaths leaving 97 active cases.

On Sunday, 21 cases were reported in Middlesex-London and 31 in Elgin-Oxford, where an ongoing outbreak at the Ontario Police College in Aylmer has contributed to a rise in cases.

The drop in daily numbers comes as both regions move into the orange-restrict zone of Ontario's COVID-19 response framework, and as more people become eligible for the vaccine.

The MLHU announced Monday that more health care workers, as well as those over 80 are now eligible for the COVID-19 vaccine.

In the London region there are five outbreaks at long-term care and retirement homes, with a new outbreak declared Sunday at Richmond Woods Retirement Residence.

There are no outbreaks at area schools or child care centres, but a new case was reported at Central Public School Monday.

There is only one remaining outbreak at a seniors' facility in Elgin-Oxford, at the Aylmer Retirement Residence, which saw one resident die from the illness.

Lambton Public Health is dealing with active outbreaks at three seniors' facilities, one shelter and the Sarnia Jail, as well as one workplace outbreak.

Lambton remains in the red zone, while Huron-Perth and Haldimand-Norfolk moved to yellow-protect Monday, and Grey-Bruce into green-prevent.

AstraZeneca COVID-19 vaccine 'not recommended' in people 65 and older: NACI

'Premature' and 'unrealistic' to think COVID-19 will end soon, WHO emergencies chief warns

'It was a boondoggle': Chaotic scenes in hotel quarantines frustrate travellers