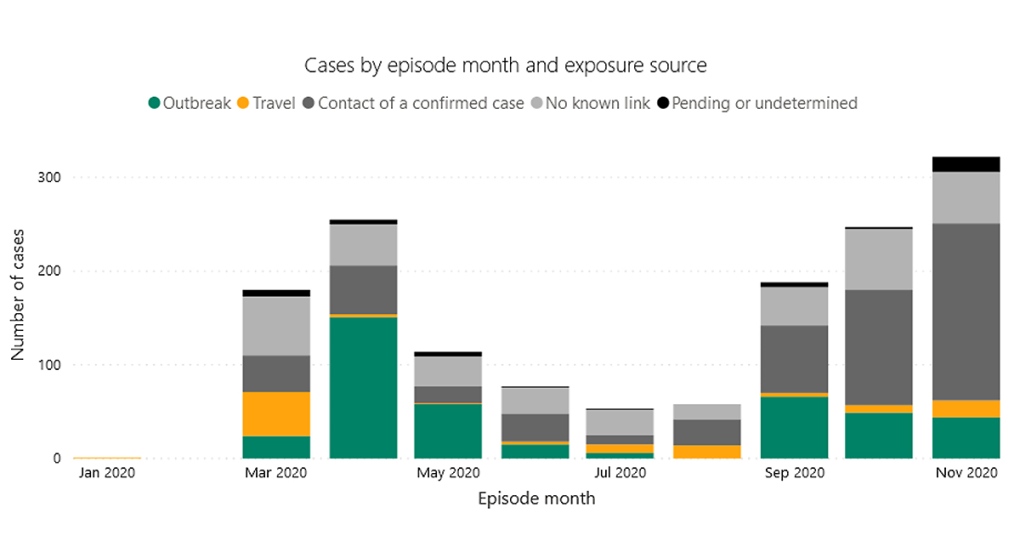 MIDDLESEX CENTRE, ONT. -- The Middlesex-London Health Unit is reporting 18 new COVID-19 cases Tuesday, after a one-day drop back into the single digits.

November has now far exceeded all previous months for total cases based on when the cases occurred (not when they were reported) with 322 cases. There were 255 cases in April, the next highest month.

There are multiple ongoing outbreaks in the region; in a unit Parkwood Institute, in several units at University Hospital, and in two residences at Western University – Perth Hall and Saugeen-Maitland Hall.

The London Health Sciences Centre says that as of Tuesday they have 23 inpatients and 19 staff members who have tested positive for COVID-19.

Across the province, a technical glitch saw a dip in numbers Tuesday with 1,009 cases reported, and officials say Monday’s record-breaking 1,589 cases were an overestimated count.

Most common COVID-19 symptoms in children include fever, nausea, loss of taste and smell: study

'It's exhausting': ICU nurse shares before-and-after photos of herself to show pandemic toll