Meteor lights up the sky in Windsor-Essex 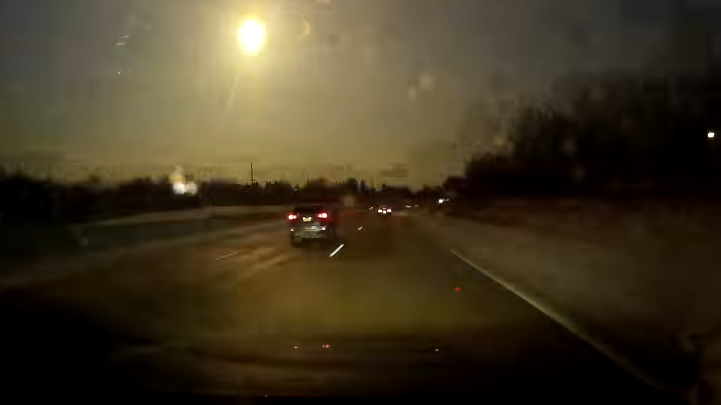 Meteor seen on a dashboard camera in Detroit on Tuesday, January 16, 2018. (Courtesy YouTube)

Residents across Windsor-Essex and Michigan were treated to a surprise light show Tuesday night.

It wasn’t lightning or even a UFO that was seen around 8:15 p.m. but instead a meteor burning up in the atmosphere creating a brilliant flash of light that was seen in Windsor, Kingsville, Essex, and Michigan.

A motorist in Detroit caught the event on camera and posted it to YouTube.

The U.S. Department of Homeland Security confirmed that it was a meteor. Meanwhile the National Weather Service for Detroit tweeted, “No lightning was detected. Appears to have been a meteor.”

Some media outlets south of the border reported houses been shaken by the meteor, however no damage has been reported.