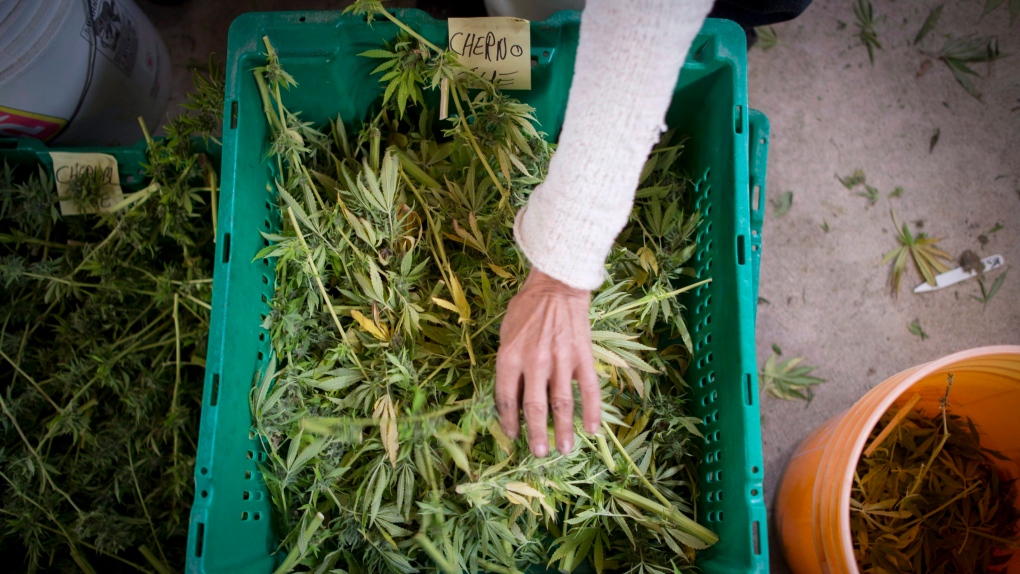 Dried cannabis plants are sorted at a plant in south-west Quebec on Tuesday, Oct. 8, 2013. (THE CANADIAN PRESS/Justin Tang)

With the estimated market value of medical marijuana in Canada at $316 million last year, according to Statistics Canada, more producers are now dotting the landscape and finding a welcome mat in smaller communities.

Places such as Aylmer, Enniskillen Township, Leamington and Strathroy are home to new facilities.

Bruce Dawson-Scully, CEO of WeedMD, a Health Canada-licensed medical cannabis producer, says the smaller municipalities are easier to deal with than the GTA, where Dawson-Scully lived and where he was meeting resistance to his plans.

“We started looking into townships…as opposed to fighting regulations. We would reach out and find communities that were more accepting of this new industry,” he says.

WeedMD is headquartered in Aylmer. The town is best known for its days as a tobacco producing hub, beginning in the 1940s when Imperial Tobacco built its plant there.

WeedMD’s medical cannabis facility came to life in 2016 in the old tobacco plant on the outskirts of the Elgin County town.

Dawson-Scully says the company’s plans for the Aylmer site were met with little resistance.

“The fact that Imperial Tobacco was here may have a lot to do with it. They were a regulated business,” he says.

That was not the initial experience in Enniskillen Township, near Petrolia, where it took a town hall meeting with every question from the public answered before citizen support swayed.

Tilray Canada, a B.C.-based medical marijuana facility, sent its president as well as other executives to Enniskillen, which is near Petrolia, to address community concerns last fall.

“There was definitely some hesitation in the community, but it was fairly quickly resolved,” Enniskillen Township Mayor Kevin Marriott says.

“All it took was some education and some assurances that we’re dealing with a pharmaceutical (not) pot.”

Tilray is investing $30 million to convert the Enniskillen Pepper Company into its medical cannabis facility, but that figure could have been substantially higher.

“The greenhouse was also a draw for them,” Marriott says. “It saved a lot of construction.”

Medical cannabis has been legal in Canada since 2001, but with recreational marijuana just months away from legalization, there has been a paradigm shift in how people – particularly seniors – view pot, Dawson-Scully says.

“This idea of the stoner age and cannabis for smoking joints and getting stoned, people are starting to realize benefits. You don’t have to smoke a joint to get benefits,” he says.

“Some (seniors) take between 10 to 16 medications a day and some of the medications are to counteract side effects (of other drugs). Their quality of life was deteriorating and they’re looking for options. They are the most interested demographic. They are the ones out there trying to get educated.”

While looking at the growing clientele and creating a business plan is fine, one economist says it won’t necessarily be profitable.

“People think they’re going to make millions of dollars and everyone is going to live happily ever after,” says Chris Damas, editor of The BCMI Cannabis Report.

He says there is no guarantee of profitability from Ottawa.

“The government has done its due diligence on suppliers, but it’s done very little on making sure this industry is profitable. They can’t use tax dollars to guarantee the survival of the industry.”

Dawson-Scully says his business management skills continue to be put to the test.

Dawson-Scully, who has a business degree from Bishop’s University and has senior management experience in long-term care, says he loves being part of an evolving industry.

“This was something I could help build and help form the regulations, and in addition to that, really look at ways to enhance the quality of life for the patients that we were going to take care of,” he says.

There are downsides to working in a highly regulated industry, though.

“When we first got the licence from Health Canada, I was the only one who could be in the room with the plants,” Dawson-Scully says.

It was a considerable challenge to navigate.

Now he jokes he understands the plants, perhaps too well.

“I walk through and I can really identify with these plants. Knowing when they’re happy and when they’re not.”

He says once recreational marijuana becomes legal, the medical cannabis industry will see even more growth.

“We’re just at the tip of the iceberg. We’re seeing big pharma emerging into this sector. Canada is on the leading edge.”

Marriott agrees that the medical marijuana industry will likely take off and he is glad his municipality is on board.

“It’s one of the biggest, newest industries in the country so it feels good to have something like this,” Marriott says.

Once recreational marijuana is legalized this summer, Tilray is interested in looking at that market as well, Marriott says. “They’d be crazy not to.”

Dawson-Scully is looking to the legalization with anticipation.

“Hearts and minds are really changing in this country.” 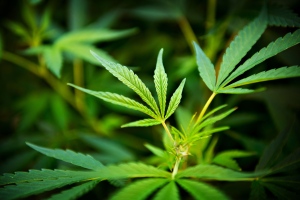