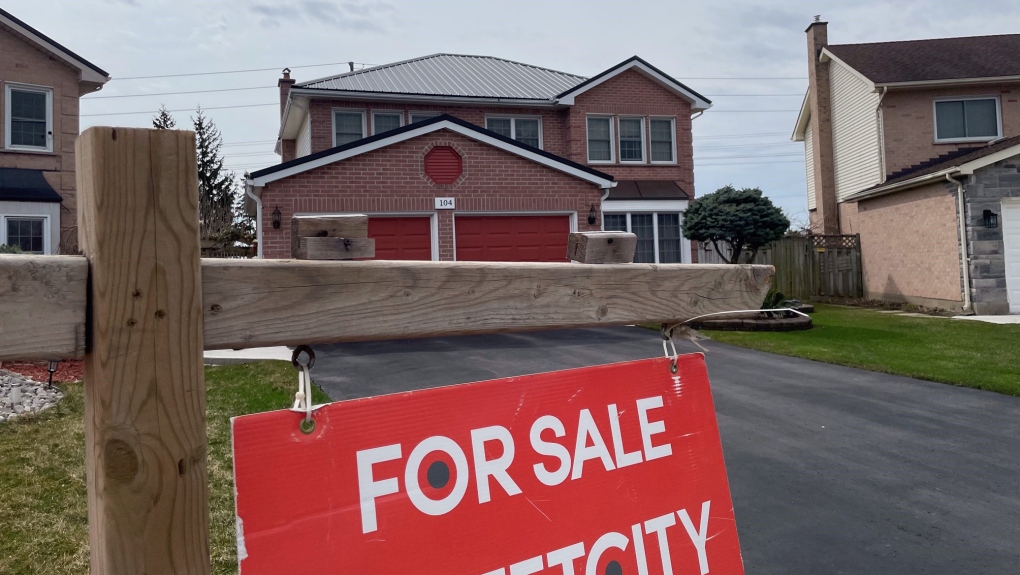 The month of May saw an increase in housing inventory according to the London and St. Thomas Association of Realtors (LSTAR), but the average price of a home still remains elevated.

According to LSTAR, May saw more residential listings than any previous May in the association’s history. In April, there was 1.2 months worth of inventory, which increased to 1.7 months of inventory last month.

The month of May saw a total of 844 homes sold.

But while housing inventory increased last month, the average price of a home remained at elevated levels.

“Even if in May the sales-to-new listings ratio dropped to 46 per cent, a figure that, typically, indicates a market that tends to favour home buyers, benchmark and average prices saw only modest month-over-month declines,” said Randy Pawlowski, LSTAR president. 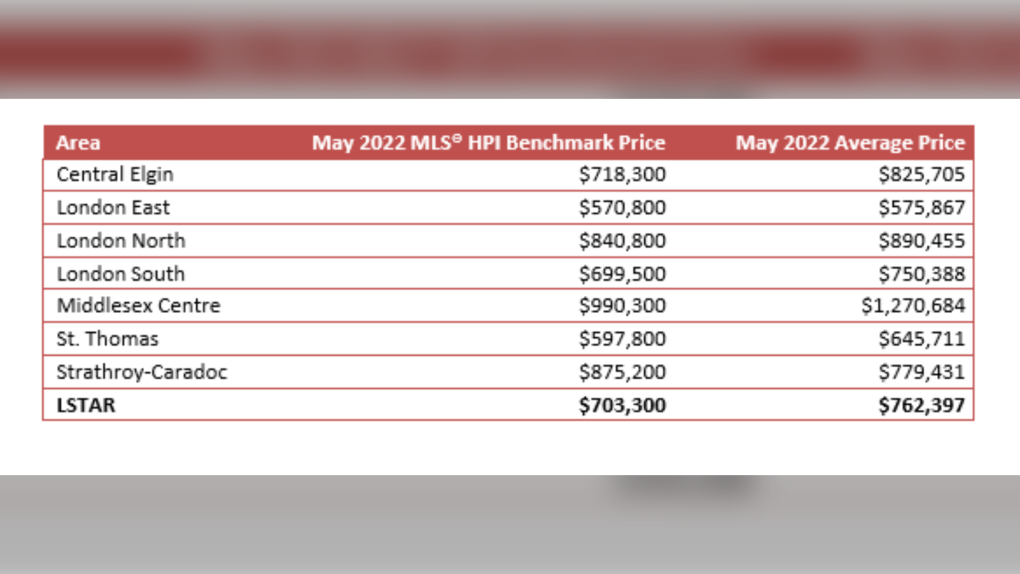 Benchmark prices and average prices for homes for London and the surrounding region in May 2022. (Source: LSTAR)
According to Pawlowski, one of the reasons why there is this level of stability involves the change in population from migration and immigration. In the fourth quarter of 2021, Ontario’s population saw a net increase of just over 34,000 people.

“Many of these new Ontarians are now looking to buy homes they can afford in regions with good schools and hospitals. And, as it happens, our area checks all these boxes,” he said.

But while the increase in May inventory is a positive, Pawlowski cautions that a healthy housing inventory should sit between three-and-a-half to four months, adding that the existing housing supply puts pressure on housing prices.

Canadian actor Robert Cormier has died at age 33 after a 'tragic accident,' his sister says.

Truth or bluff? Why Putin's nuclear warnings have the West worried

President Vladimir Putin's latest warning that he is ready to use nuclear weapons to defend Russia amid the war in Ukraine has made a troubling question much more urgent: Is the former KGB spy bluffing?

The Canadian generic pharmaceuticals giant founded by murdered billionaire Barry Sherman in 1974 has agreed to a takeover.

A federal judge signaled Wednesday that she plans to order disgraced R&B superstar R. Kelly to pay more than US$300,000 to one his victims in a decades-long scheme to use his fame to sexually abuse young fans.

Feds tell Canadian hockey players with KHL teams in Russia, Belarus to get out

Canadians continue to play hockey for Kontinental Hockey League teams in Russia and Belarus despite the Canadian government’s warning to get out of those countries.

An Ontario boy with terminal cancer wanted to see monsters. 1,000 strangers made it happen

A five-year-old Hamilton boy battling brain cancer had one request: he wanted to see monsters. Earlier this month, 1,000 strangers made his wish come true.

This ship tried to warn the Titanic about the iceberg. Now scientists have found its wreckage

The wreck of a ship that tried to warn the RMS Titanic of the iceberg that sank it on its maiden voyage has been found at the bottom of the Irish Sea.