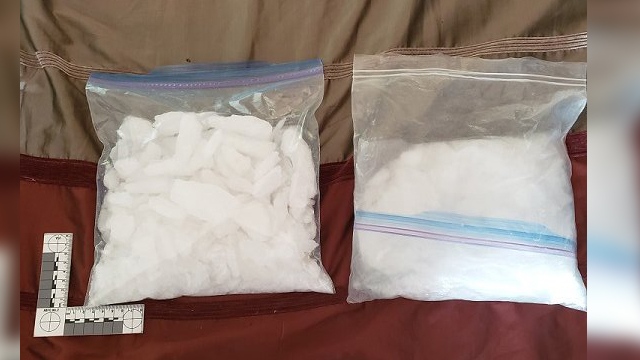 Methamphetamine seized during a bust in Walkerton, Ont. on Sunday, July 28, 2019 is seen in this image released by OPP.

The OPP and the Owen Sound Police believe they’ve put a dent in drug trafficking in Grey and Bruce counting following a bust in Walkerton, Ont.

Police say nearly two kilograms of methamphetamine was found, with an estimated street value of $183,000.

The bust happened Sunday at a home in Walkerton.

As a result a 47-year-old woman and 39-year-old man, both of the Municipality of Brockton are facing numerous drug offences.