Following a nine-month police investigation, OPP say 12 people have been charged and $1.48 million in drugs as well as cash and vehicles have been seized.

OPP Deputy Commissioner Scott Tod said in a statement, "Preventing crime before it occurs is a hallmark of excellent and coordinated police work. This joint investigation means thousands of dollars have been taken out of a criminal enterprise and prevented illegal drugs from getting into the hands of our young people.”

Several Ontario residents are among those charged in the investigation, which focused on three drug trafficking rings in southwestern Ontario, two of which were importing drugs from Mexico.

Among those charged are a number of members of southwestern Ontario's Mennonite community.

OPP launched Project Greymouth in August 2013 and found cocaine and methamphetamine were being imported directly from Mexico then transferred to local traffickers in several Ontario communities, including Oxford County, Norfolk County, Middlesex County, Waterloo Region and the Greater Toronto area.

Police then linked operation with an investigation by already underway by the Waterloo Regional Police Service (WRPS) and worked in cooperation with the force as well as the Canada Border Services Agency.

Last week, May 12-16, 13 search warrants were executed by OPP and WRPS in the Waterloo area as well as Oxford County, Elgin County, Norfolk County, and the City of Toronto.

OPP have charged 12 people with 49 offences.

An arrest warrant has been issued for one male – Peter Knelsen, 42, of Norfolk County – who is believed to be out of the country. 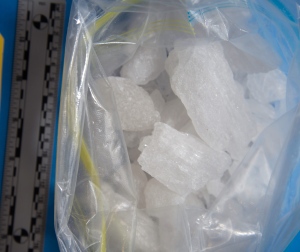