Marlon Antone arrested after two months on the lam 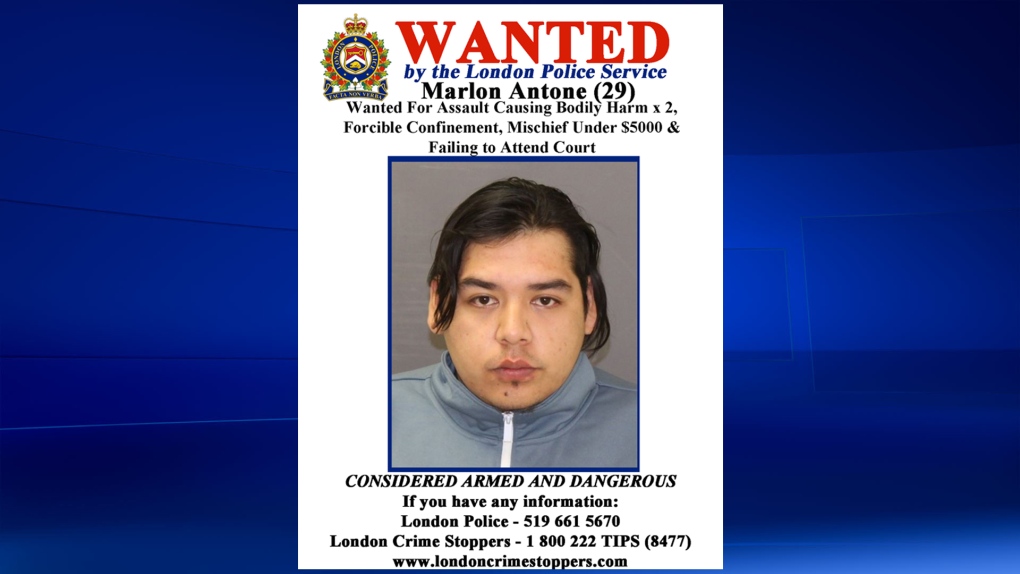 Marlon Antone, 29, was arrested without incident Thursday in the area of Grey and Wellington.

On April 26, at 11:15 a.m., officers received information that a home invasion-style robbery had just occurred at an address on Saul Street.

Police say one of the individuals inside the residence was forcibly removed from the home at gun-point by the suspect. They fled the area in a vehicle.

The victim was transported to hospital for treatment of minor injuries.

Antone is charged with forcible confinement, armed robbery, use of an imitation firearm during the commission of an indictable offence, fail to comply with recognizance, and kidnapping.

He will appear in court Friday to answer to the charges.