But the objectives of Odd Burger Corporation go far beyond its rapidly expanding vegan fast-food chain.

“There is really no doubt about it”, James told CTV News London. "Our expansion initiatives are global, so we really do feel there is a tremendous amount of opportunity for us to continue to grow.” 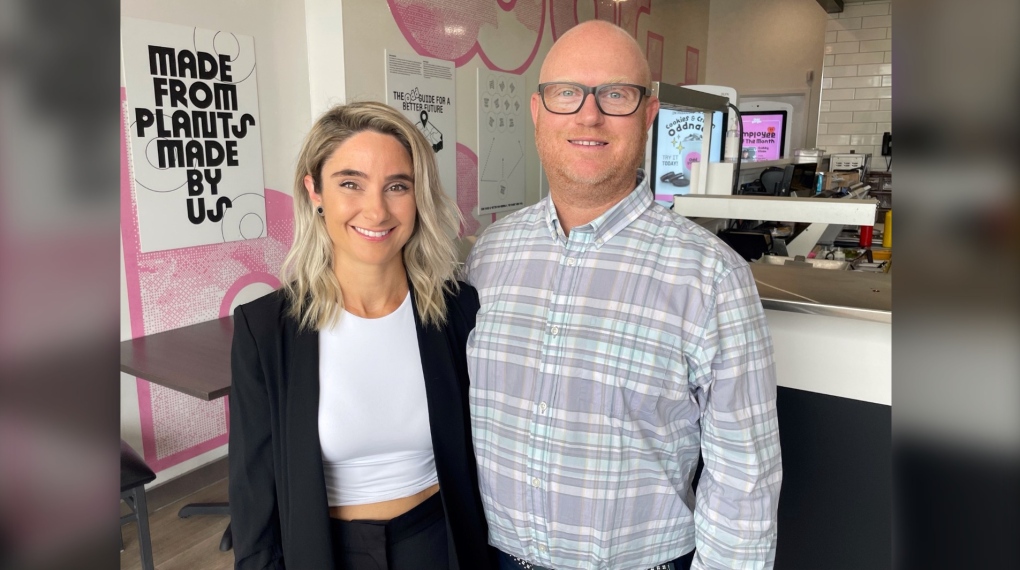 Odd Burger co-founders Vasiliki and James McInnes, as seen on July 6, 2022. (Sean Irvine/CTV News London)
To grow, the couple will expand Odd Burger from seven locations in Ontario to more than 90 Canada-wide over the next eight years — there are also U.S. expansion plans.

To support the expanding chain, and to tap into the sustainable grocery market, a site in London’s Innovation Park has been selected for a food manufacturing facility.

James hopes shovels are in the ground in as little as six months. Initially, the facility will be 50,000 sq. ft., but it is designed to triple in size. 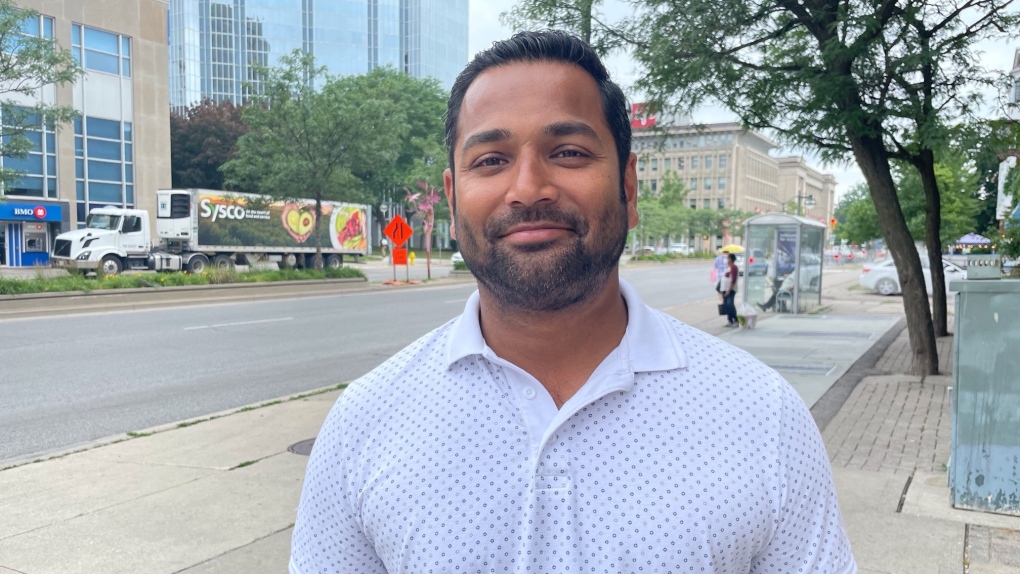 “The reasons behind that are logistic, proximity to raw materials, infrastructure to handle food capacities. As well as the workforce capacity we have been building in the region,” he said.

For Lakhotia, a workforce able to better ride out economic waves is paramount.

“Industries, like automotive or advanced manufacturing, do suffer from different economic conditions. But the agri-food sector continues to be stable. It is why diversity in our manufacturing, using food and beverage processing, has been so vital,” he said.

The Taliban on Monday marked a year since they seized the Afghan capital of Kabul, a rapid takeover that triggered a hasty escape of the nation's Western-backed leaders, sent the economy into a tailspin and fundamentally transformed the country.

An Iranian government official denied on Monday that Tehran was involved in the assault on author Salman Rushdie, though he justified the stabbing in remarks that represented the Islamic Republic's first public comments on the attack.

Why has polio been found in London, New York and Jerusalem, and how dangerous is it?

Polio, a deadly disease that used to paralyze tens of thousands of children every year, is spreading in London, New York and Jerusalem for the first time in decades, spurring catch-up vaccination campaigns.