Man who died in pile-up on 401 near Ingersoll identified 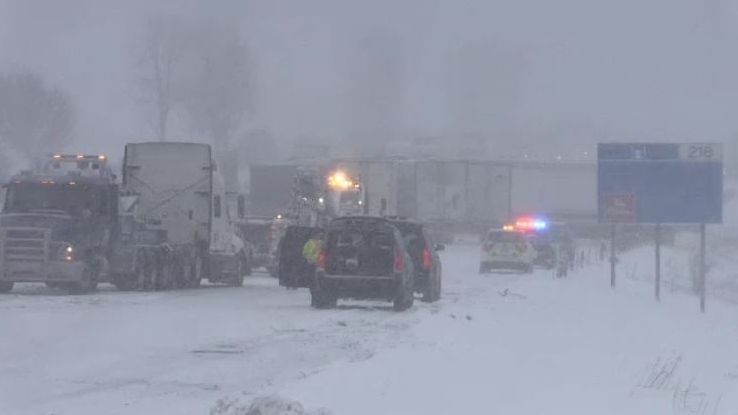 Emergency crews and tow operators work to clear the scene of a multi-vehicle crash on Highway 401 near Ingersoll, Ont. on Wednesday, Feb. 13, 2019. (Bryan Bicknell / CTV London)

OPP have released the name of a man who died in one of three multi-vehicle crashes along Highway 401 near Ingersoll on Wednesday afternoon.

He was part of a multi-vehicle collision on the westbound 401 at Foldens Line (Oxford Road 6) that was followed by two additional pileups just to the east that involved another 27 vehicles.

Only minor injuries were reported in the other collisions, which both happened just west of Sweaburg Road minutes after the initial crash.

OPP say the circumstances surrounding each of the collisions remain under investigation.

Any witnesses to the collision who have not yet spoken to police and anyone who may have video footage are asked to contact them at 519-485-6554.