Man wanted for homicide in Peel, arrested in London 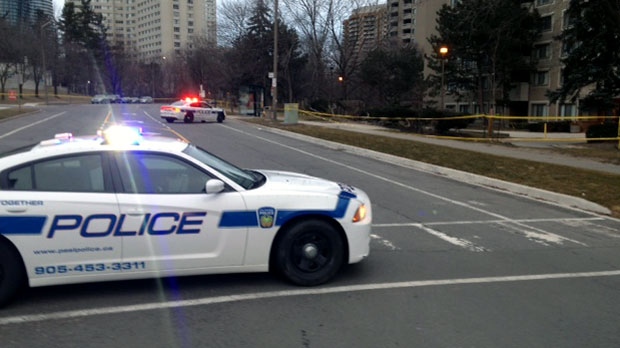 Peel Regional Police are seen on scene of a fatal shooting in March 2017.

London police arrested a man on Thursday wanted on a first-degree murder charge by Peel police.

The 23-year-old man was arrested during a drug raid at a Maitland Street address.

Peel police say Victor Brooks, of Mississauga, was wanted in connection with the death of a man shot in Mississauga last March.

Eight people were arrested in connection with the case.

In London, police laid two drug charges against Brooks, as well as three other men.

The men were from Mississauga, London, Newmarket and Brampton.