Man walks away from crash-landing near Strathroy 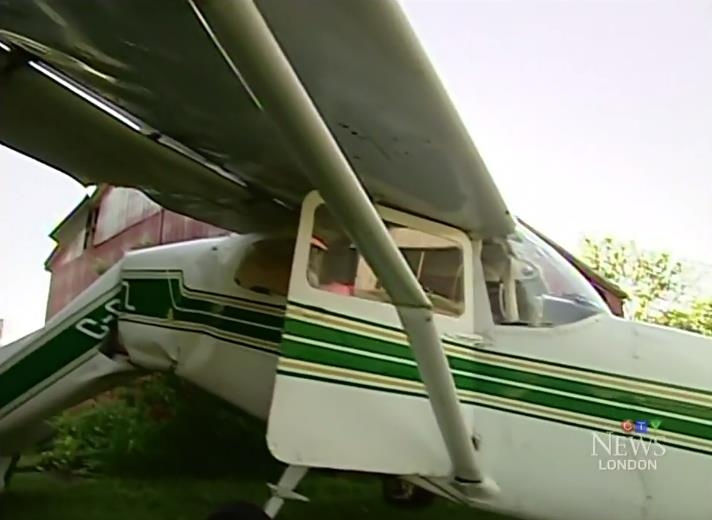 Wreckage of a small plane after a crash-landing at an airstrip near Strathroy, Ont, on Sunday, June 21, 2015. (CTV London)

Witnesses say a man is lucky to be alive after crash-landing an airplane at an airstrip near Strathroy.

The crash happened at Blue Yonder Airport late Sunday Afternoon. According to witnesses, the pilot of a 1961 single engine Cessna lost control when trying to land.

The aircraft hit the ground hard and ended up on its roof.

Those who saw the incident say the man appeared to have injuries to his face but was able to walk away from the crash, apparently refusing treatment from paramedics.

The man has not been identified.