Man sentenced after violent abuse of cat caught on camera 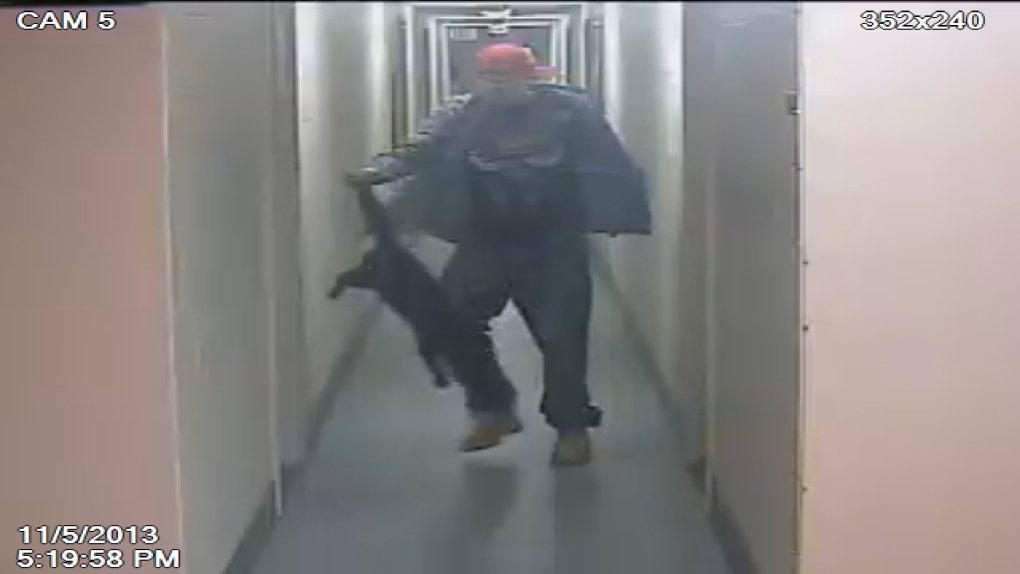 This image taken from surveillance video and released by the London Humane Society shows Justin Kloda, who pleaded guilty to animal cruelty involving a cat, during the incident.

Justin Kloda, who pleaded guilty to animal cruelty after an incident was caught on security video, has been sentenced to 10 months in custody and a lifetime prohibition from owning animals.

In a statement, Agent Chris Chew of the London Human Society said "This was one of the worst examples of intentional animal abuse I have ever seen in my eight years as an investigator and it was a solid case because it was captured on security footage. I felt physically sick while watching it transpire."

The investigation began on November 8 when the London Humane Society responded to a complaint about security footage from four days before, which reportedly showed a man attempting to drown a cat.

According to investigators, the footage also showed Kloda physically abusing the cat, carrying it by the legs and tail, throwing it, kicking it and placing it under running water in a laundry room tub.

When confronted, Kloda claimed the cat was a stray and he had released it back outside following the incident, but the cat could not be found.

Judy Foster, the executive director of the London Humane Society, says the 99-year or lifetime animal prohibition is the longest she has heard of.

Kloda, who pleaded guilty and was sentenced on Thursday, must also pay a $100 victim surcharge within six months.