Man involved in crash near Markdale has died 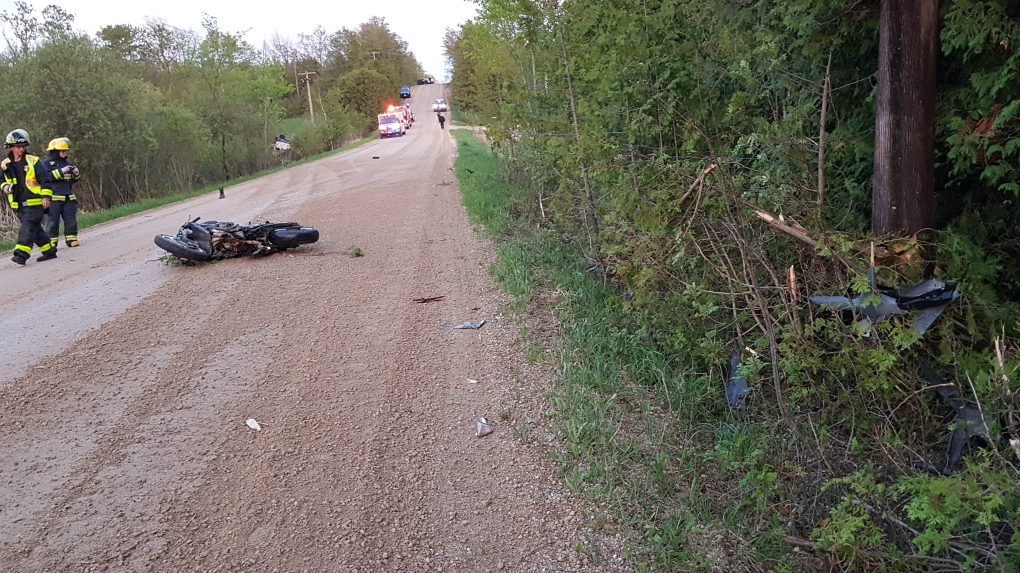 Emergency responders work at the scene of a crash involving a Hummer and a motorcycle near Markdale, Ont. on Wednesday, May 29, 2019. (Source: West Grey Police Service)

West Grey police say a man who was in hospital since a crash last Wednesday has succumbed to his injuries.

Police say the collision involved a Hummer and a motorcycle near Markdale that left the motorcycle driver with life threatening injuries.

The crash happened on West Back Line, north of Grey Road 12, around 8:30 Wednesday night.

When police arrived they found the Hummer in the ditch, and the motorcycle driver ejected from his bike.

The 36-year-old motorcyclist was airlifted to a trauma centre, where he died, police said Saturday night.

The 41-year-old female driver of the Hummer suffered minor injuries.

Police say they believe the two drivers were known to each other and are treating the circumstances of the crash as “suspicious.”

Police continue to investigate and are seeking witnesses to the collision. They would also like to speak to anyone who may have information that would help the investigation.