Man in custody after allegedly flipping pickup near Wellburn, Ont. 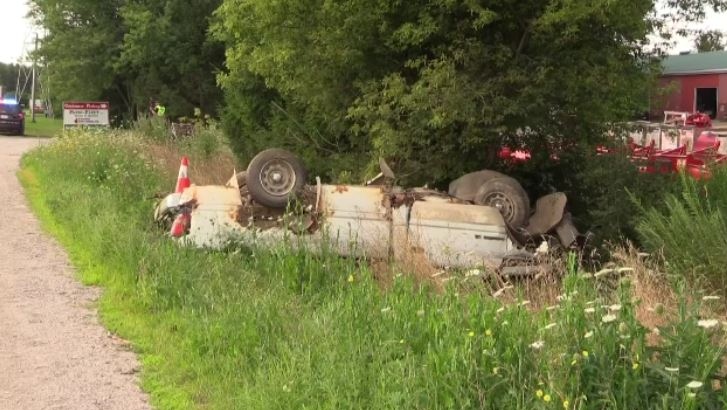 A pickup truck found on its roof, led to an extensive ground search by Middlesex OPP Monday morning.

Around 7 a.m. police received reports a truck had rolled into the west ditch on Wellburn Road, on the northern edge of the town of Wellburn, Ont.

The community sits about nine kilometres south of St. Marys.

Initial reports indicate the lone occupant managed to get out of the vehicle and was spotted going into a farmer's field.

OPP set up a perimeter, with the help of Stratford Police, and called in the Canine Unit to search nearby fields and woodlots.

A tip from a resident resulted in police taking a man into custody near Fairview Road, about two kilometres away from the scene of the crash.

Police haven’t released any other details at this time.