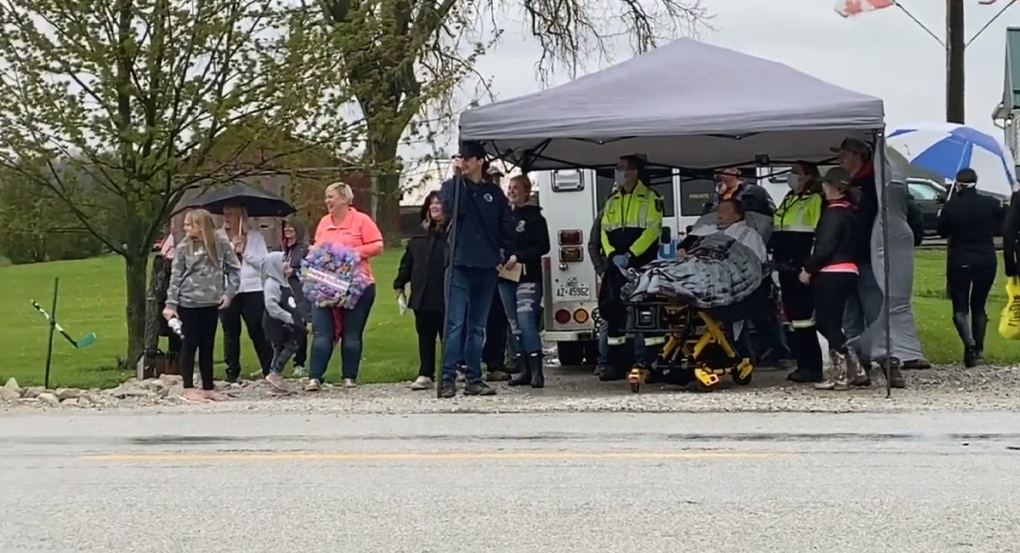 A dying man was given his final wish to spend his birthday at home on Monday, May 18, 2020. (Bluewater Health)

LONDON, ONT -- Through the efforts of Lambton County EMS and Bluewater Health a 55-year-old man got his dying wish to spend what will be his final birthday at home with his wife.

The man was not identified by Bluewater Health, but several comments on Facebook identify his first name as Chris.

Chris was part of the STR program at the hospital which aims to provide final wishes for palliative patients.

The team has more than 50 volunteer paramedics who work in conjunction with Bluewater Health and St. Joseph’s Hospice to support patients at the end of their life.

Chris was released by the hospital into the care of EMS and STR volunteers for a few hours Monday so that he could be transported home to spend his 55th birthday with his wife.

While at home his wife planned a parade of 100 friends and family to drive by to wish him well and to also say final farewells.

You can watch a video of the parade below: