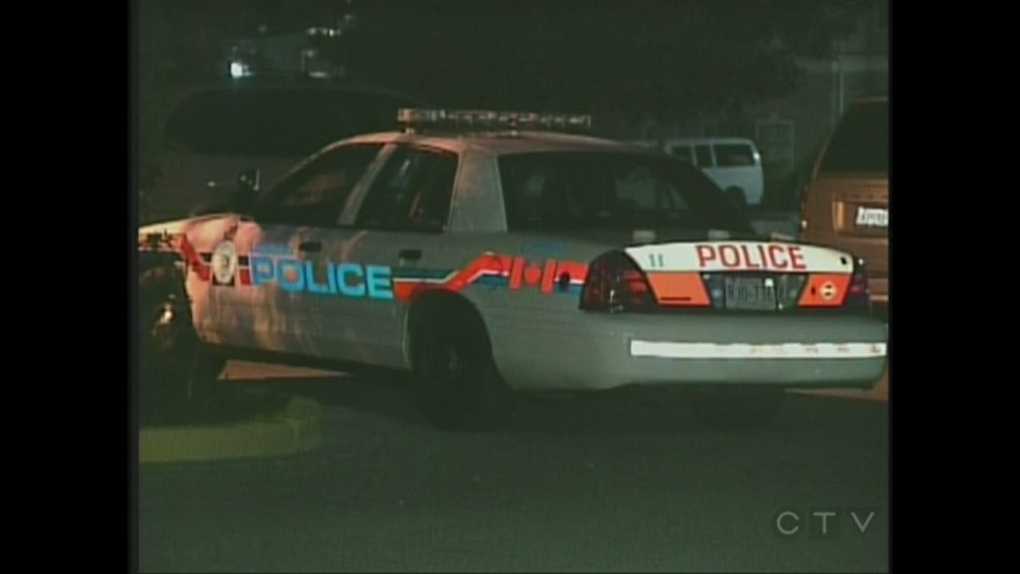 A London police cruiser sits outside the hotel where a man's body was found in south London, Ont. on Sunday, Sept. 8, 2013.

London police say the man found dead in a south London hotel room has been identified and his family notified, but the name is not yet being released to the public.

Twenty-year-old James McCullough of Orangeville, Ont. has been charged with second-degree murder and committing and indignity to a body in the case.

Police were called to the Travelodge Hotel on Exeter Road around 8 p.m. on Sunday following a 911 call and that’s when they discovered a man’s body.

The investigation continues at the scene and more information is expected to be released once the post mortem examination is completed.

Officials say they are working with the man’s family and want to ensure all family members have been notified before he is publicly identified.