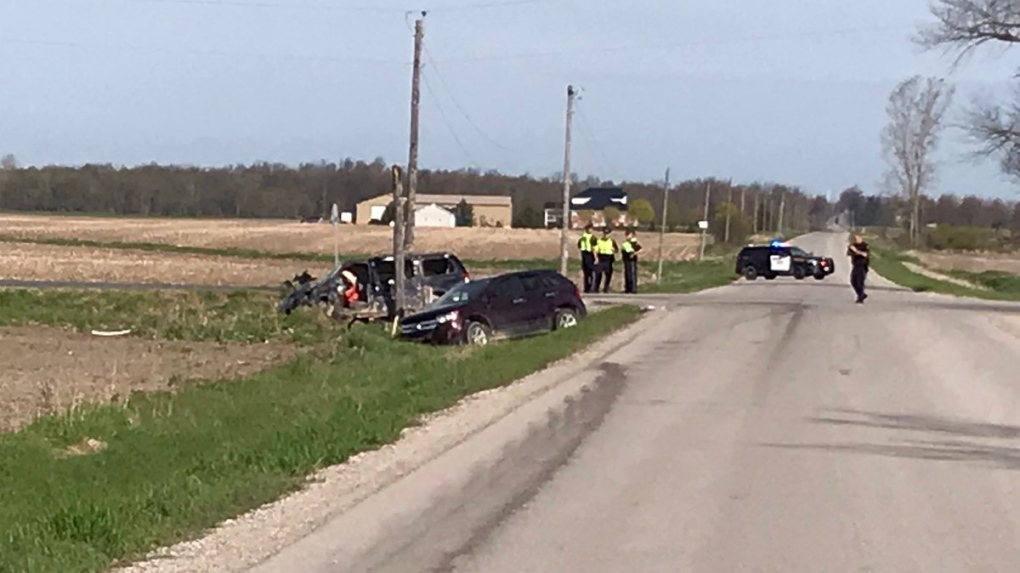 Provincial police have identified the driver killed in a two-vehicle crash near the municipal airport in Stratford, Ont. on Thursday morning.

Police say the crash happened around 7 a.m. at the intersection of Perth Line 42 and Road 122 and involved an SUV and a minivan.

According to investigators, the minivan was eastbound on Perth Line 42 while the SUV was southbound on Road 122 when they collided.

The driver of the minivan was taken to hospital where he died as a result of his injuries.

He has been identified as 44-year-old Jason Satchell of West Perth.

The female driver of the SUV, a 53-year-old Perth East woman, sustained minor injuries and was treated in hospital.

There were no passengers in either vehicle.

A hydro pole was also damaged in the crash, and repairs are keeping the intersection closed until hydro crews finish their work.

OPP say the investigation into the collision continues and possible charges will be considered when it is complete.