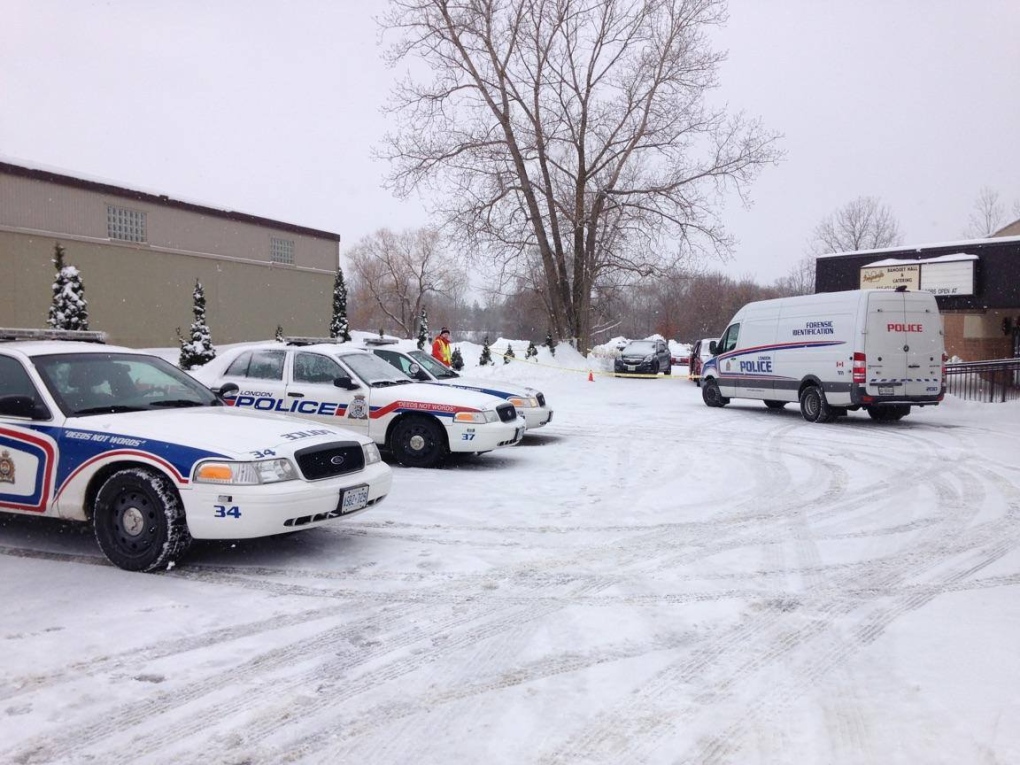 London police, including forensics, is on scene of a homicide in southeast London, Ont, on Sunday, Dec. 18, 2016. (Natalie Quinlan / CTV London)

London police have confirmed that a 26-year-old male was killed during a stabbing at a company Christmas party.

Police say that several people are in custody but won't release an exact number. They did say it was no more that five individuals.

London police were called to Imperio Banquet Hall at 109 Falcon Street following a report of disturbance shortly after midnight Sunday.

Once on scene they found a 26-year-old male unresponsive with apparent stab wounds. He was taken to hospital where he was pronounced dead.

A man who attended the party told CTV News that the incident occurred during a company Christmas party at the hall, police later confirmed that information.

The Major Crime Section has been called in and several people were arrested at the scene and remain in police custody.

No names of suspects have been released, and police have not said if anyone else is being sought.