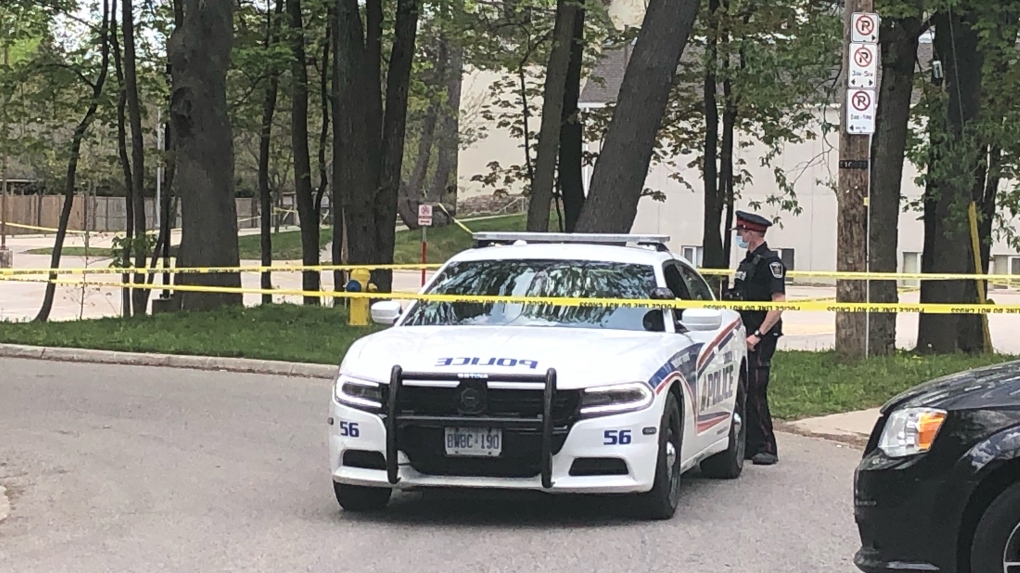 Police on scene of a stabbing incident in the area of University University Crescent and Patricia Street in London, Ont. on Saturday, May 15, 2021. (Jordyn Read/CTV London)

LONDON, ONT. -- The victim of one of two stabbings on Saturday morning has succumbed to his injuries and a 22-year-old man is facing a second-degree murder charge, police say.

London police responded to a 911 call around 9:20 a.m. regarding a man found in the area of Patricia Street and University Crescent suffering from stab wounds.

He was transported to the hospital with life-threatening injuries and later died.

This was the first stabbing incident police responded in the area Saturday morning.

Police were then called the area of Richmond Street and Epworth Avenue for a report of a man who had been stabbed.

This man was found to have suffered stab wounds and was taken by paramedics to the hospital with serious but non-life threatening injuries.

Police quickly located and arrested an adult male suspect in the immediate area. Police say a weapon was recovered.

The London Police Service Major Crime Unit continues to investigate both incidents and “wants to assure the public that there is no further threat to the community,” as a result.