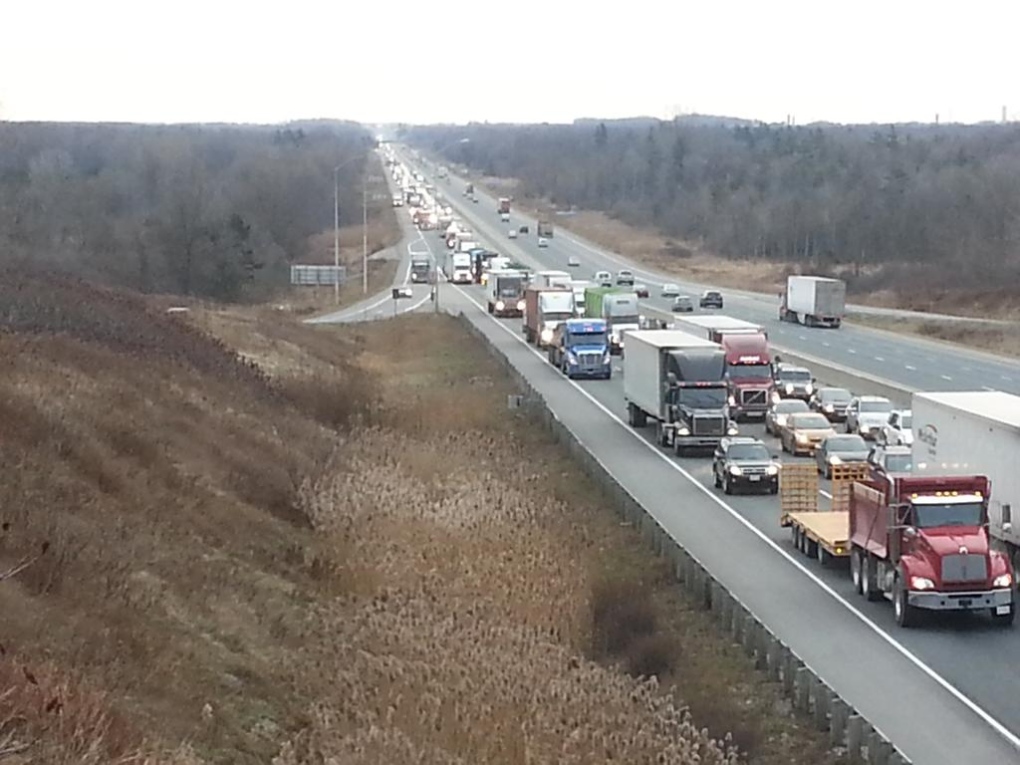 A 34-year-old man was sent to hospital and another man was charged with careless driving after a crash on westbound Highway 401 near London Tuesday morning.

The multi-vehicle collision took place in the westbound lanes of Highway 401, just past Dorchester Road around 7:30 a.m.

Middlesex OPP say a red Ford pickup truck merged from the Dorchester on-ramp onto Highway 401 and was travelling westbound in the outside lane, when it was struck from behind by a white International box truck.

The box truck was also travelling westbound on Highway 401 in the outside lane.

The initial collision caused the pickup to strike the rear of a westbound transport truck ahead of it, say police.

The driver of the pickup truck, a 34-year-old man from Thames Centre, was sent to hospital by ambulance with non-life threatening injuries. The other two drivers were not hurt.

A 43-year-old man from Etobicoke, who was driving of the box truck, was charged with careless driving.

He is scheduled to appear in a London court.

The outside and middle lanes of westbound Highway 401 west of Dorchester Road were closed for over an hour but re-opened around 8:30 a.m.