Man charged in relation to arson at London, Ont. motel 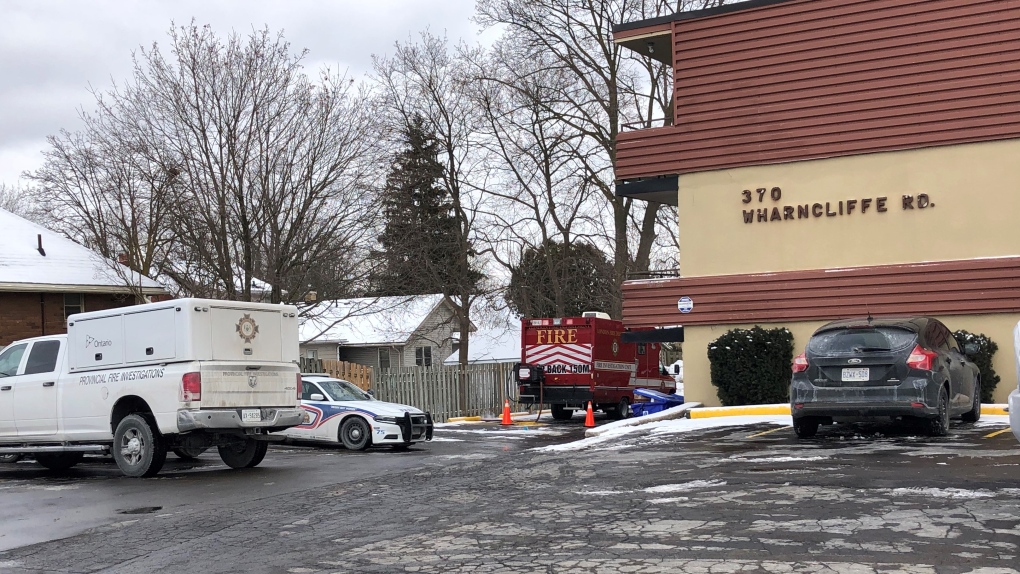 LONDON, ONT. -- A 26-year-old London man is facing arson related charges after a fire at a southwest London motel.

Investigators from the London Police Service, Ontario Fire Marshal's Office and the London Fire Department were on scene throughout the day Wednesday at the Wharncliffe Suites Motel.

First reponders were called scene at around 2:30 Wednesday morning for a working fire within one of the rooms.

The focus of their investigation was on room 227, where there were clear indications of a fire, with the door blackened by smoke.

After viewing video surveillance police were able to identify a suspect and arrested a 26-year-old man.

He has been charged with arson with disregard for human life and breach of probation.