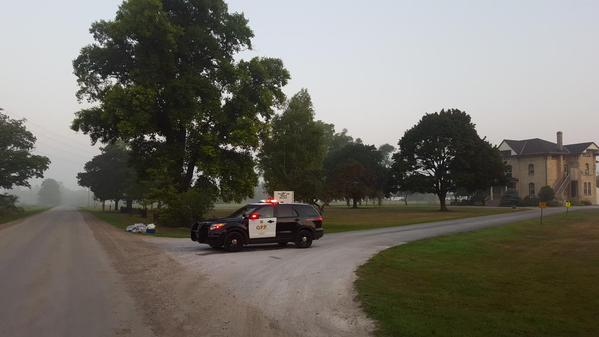 A 61-year-old Windsor man has been charged after OPP responded to a bomb threat at Craigwood Youth Services near Ailsa Craig, Ont.

Police were called to the facility on New Ontario Road around 6 a.m. Wednesday after receinving two phone calls reporting that bombs had been placed at four locations.

The facility was locked down while police investigated, but no suspicious packages were located, and the facility eventually resumed normal operations shortly after 8 a.m.

The 61-year-old Windsor man has been charged with two counts of uttering threats to cause death or bodily harm.

He was released from custody and is scheduled to appear in a London court in October.