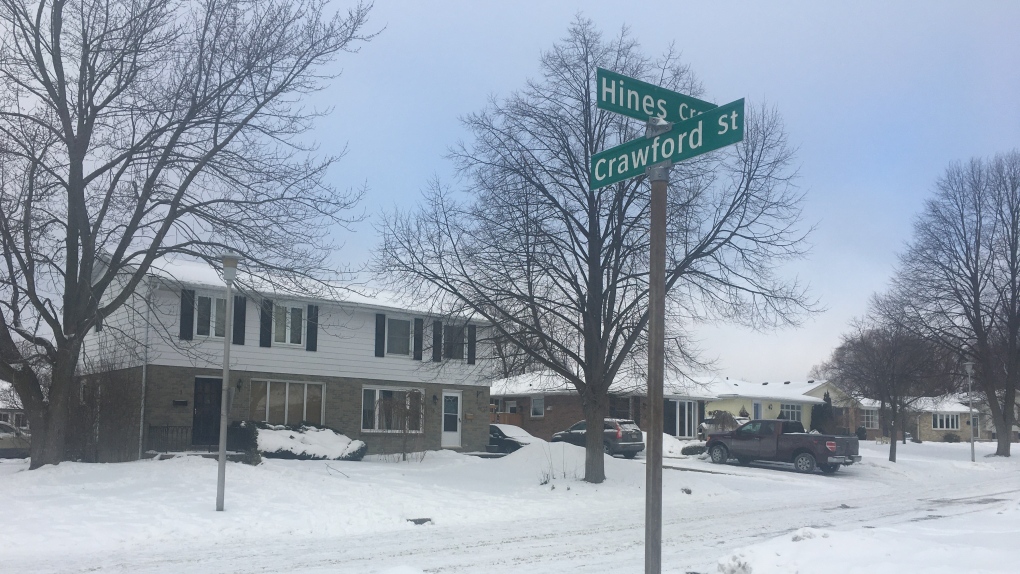 The intersection of Hines Crescent and Crawford Street in London Ont. on Feb. 14, 2021. (Brent Lale/CTV London)

LONDON, ONT. -- One man is in custody following an incident in south London early Sunday morning.

Police were called to a home on Hines Crescent at Crawford Street around 7 a.m. for a man in distress with a possible weapon.

Crisis negotiators were called to the scene and parts of both streets were briefly closed for the situation.

The man surrendered himself to police without incident just after 9:30 a.m.

Police say there was no threat to public safety and charges are pending.