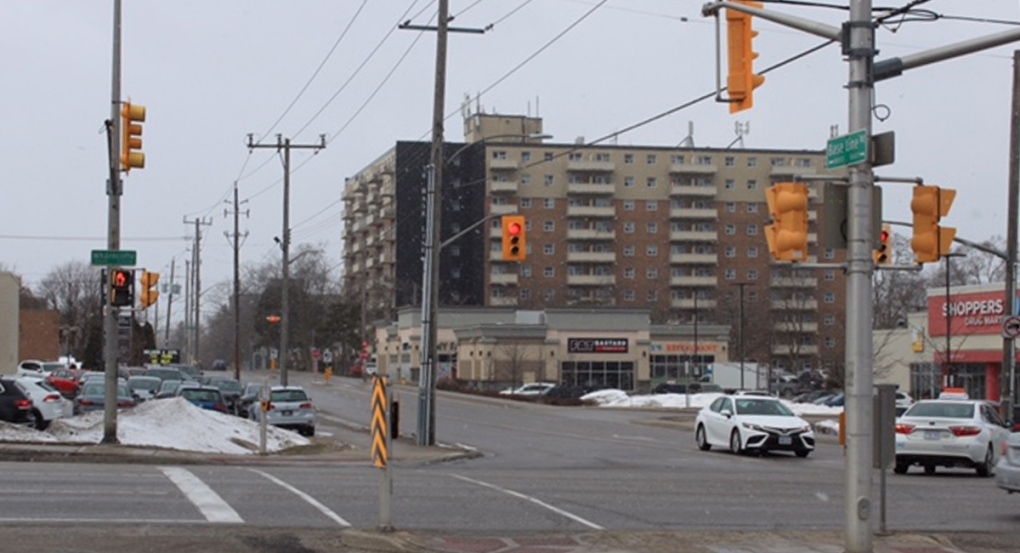 The area of Base Line Road and Wharncliffe Road in London, Ont. is seen Friday, March 5, 2021. A flare gun was reportedly fired in the area on Wednesday. (Gerry Dewan / CTV News)

Officers responded to the area of Base Line Road West near Wharncliffe Road South after 911 calls about the sound of gunshots outside an apartment building.

A suspect description was provided and police arrested a man in possession of a flare gun. The flare gun and five rounds of ammunition were seized.

No one was reported injured.

A 65-year-old London man has now been charged with possession of a weapon dangerous to the public peace.

He is scheduled to appear in court on May 31.