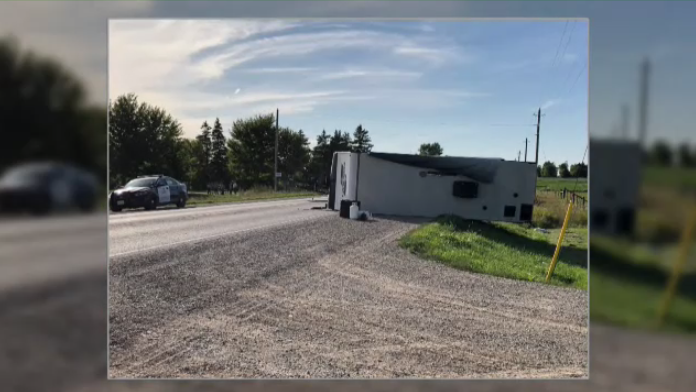 OPP say a man fled the scene of a reported collision that resulted in a camper trailer being flipped over. (Photo: Spencer Turcotte/CTV Kitchener) (August 30, 2019)

A 33-year-old Huron East man is facing several charges after allegedly fleeing the scene of an accident in Perth County Friday.

A westbound sedan crossed the centre line and crashed into an eastbound pickup truck.

The sedan driver took off on foot.

Police conducted a ground search for the driver but were unsuccessful.

A short time later, police located and arrested the suspect in Milverton.