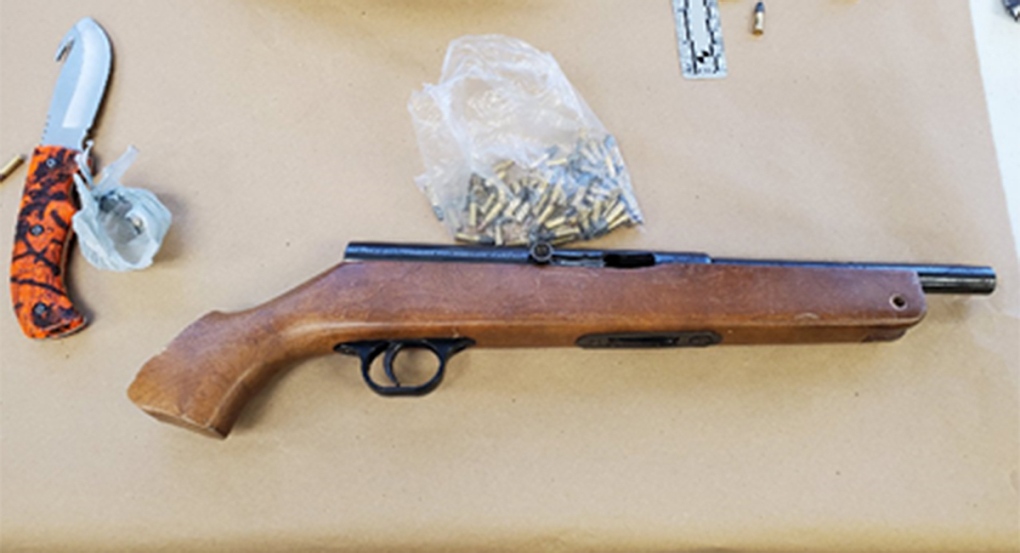 The Owen Sound Police Service released this image of a sawed-off rifle seized on Tuesday, Nov. 17, 2020.

MIDDLESEX CENTRE, ONT. -- Owen Sound police have laid a dozen criminal charges against a man they say was carrying a loaded, sawed-off rifle concealed in his jacket.

The 21-year-old man, of no fixed address, was arrested Tuesday afternoon.

Police say there was a brief struggle in a downtown apartment building before the man was apprehended.

At that point, the man was reported to be concealing a loaded, sawed-off rifle with no safety, as well as ammunition and a small amount of fentanyl.

According to police, the man is under a court order prohibiting the possession of firearms as a result of previous convictions for violent offences.

He was being held in custody for a bail hearing.