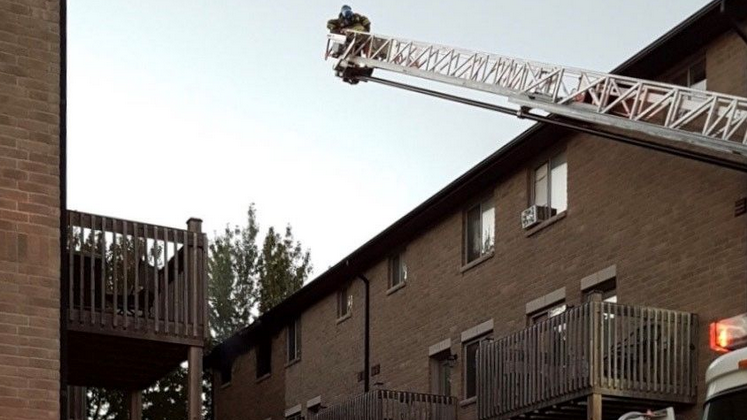 WINGHAM, ONT. -- A Port Elgin man is in critical condition in a London hospital after an apartment explosion.

Saugeen Shores police say an explosion led to a fire that left a Port Elgin with serious burns. The explosion happened around 7 p.m. Sunday night at 650 Ivings Drive in Port Elgin.

Police say when they arrived one unit of the apartment building was engulfed in flames. Several others were also damaged

The male occupant of the unit escaped under his own power, but sustained severe burns. He was rushed to hospital then transferred to London via air ambulance.

The three apartment buildings have been evacuated as crews try to pinpoint what caused the explosion and fire.

A total damage estimate has not been released and the cause of the fire remains under investigation.

Victim Services of Grey-Bruce-Perth along with the Red Cross are assisting displaced residents.