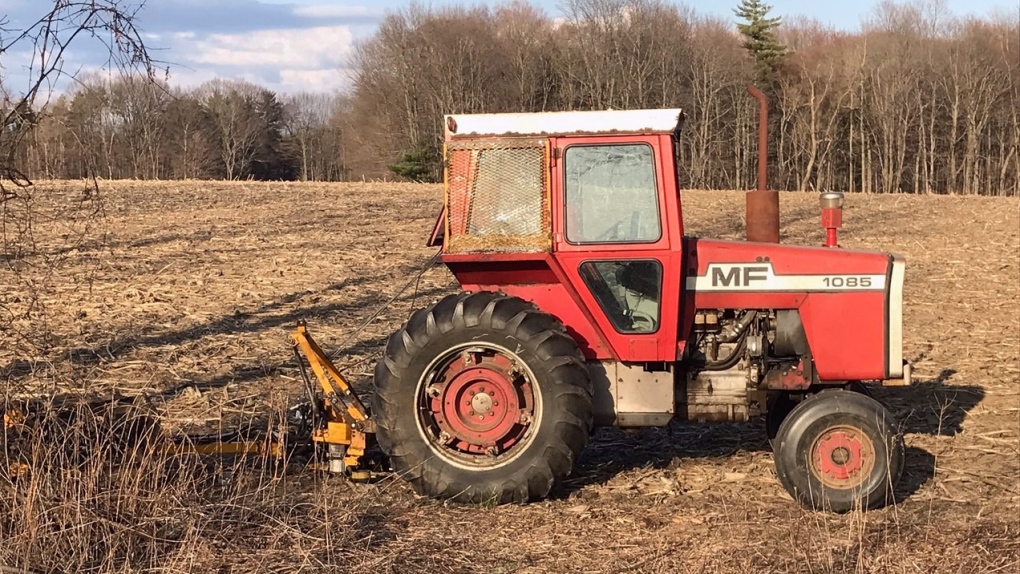 A farm tractor sits upright near where a man was airlifted to hospital near Tillsonburg, Ontario on March 24, 2021. (Sean Irvine CTV News)

COURTLAND, ONT. -- One man has been airlifted to hospital following an incident on a farm field southeast of Tillsonburg.

Police and EMS were dispatched to the scene just after 4:30 pm.

Soon afterwards, an air ambulance landed in an adjacent field.

A neighbour tells CTV news a man's leg was "pinned" during the incident.

It occurred on Jackson Sideroad, about four kilometres from Tillsonburg, which is just across the Norfolk County border.

There is no word on the man's condition.