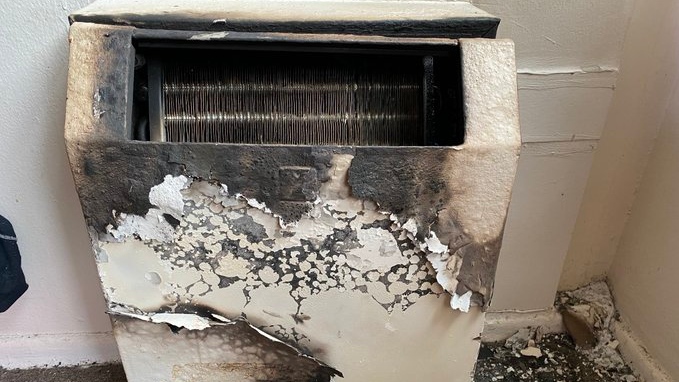 This heater was the cause of a fire at Kipps Lane apartment building. (Courtesy LFD)

LONDON, ONT -- The London Fire Department says no one was injured after a heater malfunctioned causing a fire in a Kipps Lane apartment unit.

The fire was first reported by the fire department around 3:30 p.m. Thursday at Blossom Gate Apartments.

Crews were able to quickly knock down the blaze and limit the damage.

The cause was an electrical malfunction to a heater.