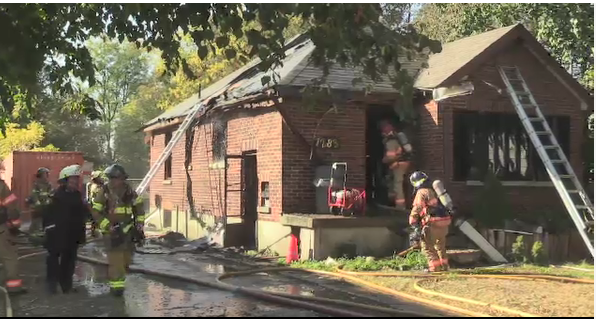 LONDON, Ont. - London firefighters battled a blaze Sunday afternoon that destroyed a home in the east end of the city.

Crews were called to 1283 Crumlin Sideroad near Dundas Street about 1:30 p.m.

Thick smoke could be seen throughout the area.

Fire officials say a male occupant of the house was at home at the time of the fire but was able to escape and was not injured.

The cause of the blaze is under investigation.