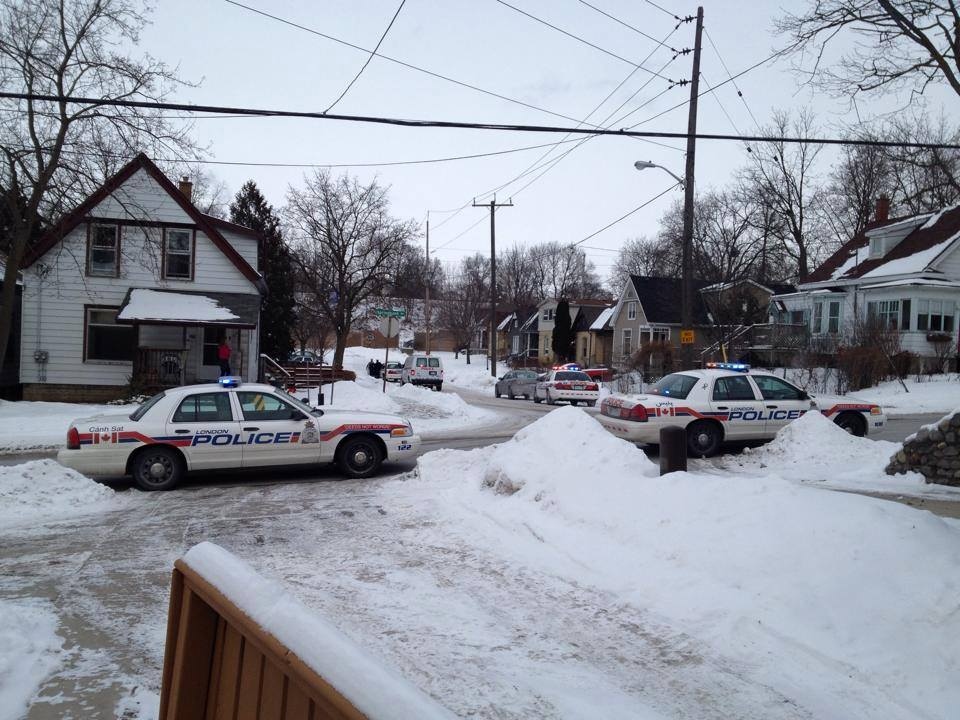 A 26-year-old male was arrested after an altercation in the Wharncliffe Road and Springbank Drive area of London, Ont. on Wednesday, Jan. 22, 2014. (Nicole Holata / Facebook)

A 26-year-old man is being held after police say he resisted and assaulted an officer who was attempting to arrest him.

London police were called to the area of Wharncliffe Road and Springbank Drive around 1:40 p.m. after the driver of a vehicle requested assistance.

The occupants of the vehicle were reportedly having issues with another male inside the same vehicle.

When the male got out, there was an altercation with an officer. Police say the man resisted and assaulted the officer who was attempting to arrest him.

The officer sustained minor injuries as a result of the incident.

The man fled on foot but was arrested nearby after a brief chase.

Witnesses say there were numerous police cars in the area and the male was apprehended about a block away from the incident.

A 26-year-old man remains in custody and charges are pending.