Fanshawe College and the 1st Hussars Association of London opened their doors Thursday for a sneak peek into the ongoing work to preserve the Holy Roller memorial.

“Fanshawe was very good in becoming our hosts, they are providing the facility, tools, they’re providing technical assistance and the staff and students are volunteering to help…they’ll have something they can treasure for the rest of their lives,” says retired lieutenant-colonel Ian Haley, project director of the Holy Roller preservation.

On Thursday, Fanshawe students were operating a virtual reality (VR) headset to get a look inside the tank, while being outside of it.

“We actually created scans inside of the tank…we went inside and took pictures…we use a camera that is normally used in real estate, taking videos of houses. But we changed that and decided to put it in a tank….it is really cool using the VR to move around,’ says broadcasting television program student at Fanshawe College, Emma Wilson. 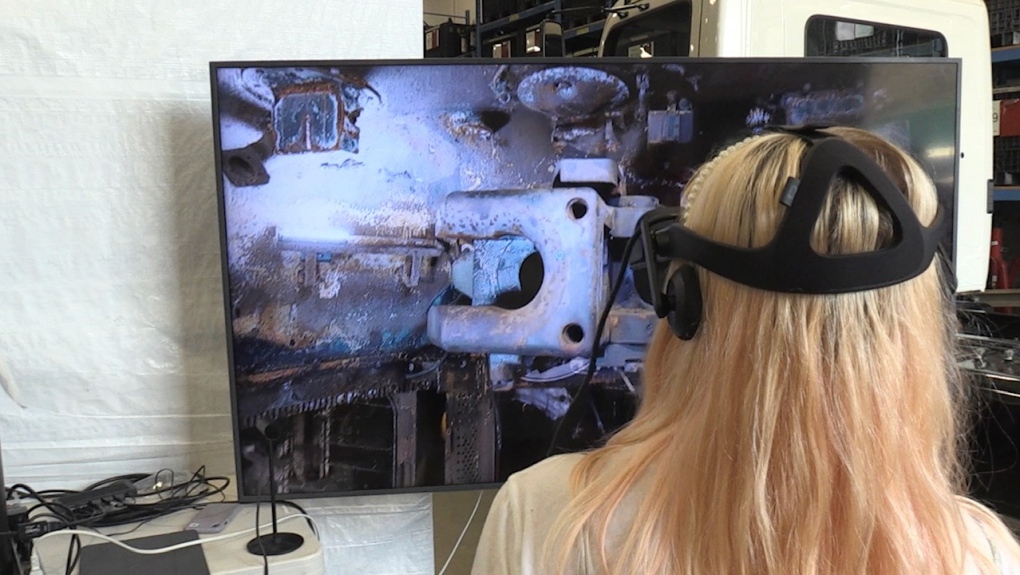 Peter Devlin, president of Fanshawe College, is happy to call a portion of the college Holy Roller’s temporary home. He says the impact will be huge for students.

“The Holy Roller project is unlocking potential from students from a host of different programs who all make this monument come back to life in such a powerful way.”

The famous Holy Roller was removed from its spot in Victoria Park on June 8.

James McNeil, a turret vehicle technician, says the tank held a five-person crew and was originally set up as a command tank for the commanding officer.

McNeil is assisting with the interior and exterior preservation, by taking out the tank's accessories like its cannon and brackets.

“This is a preservation, everything including the bins will come out so we can strip it right down, a special epoxy will be going on it to prevent rust.” 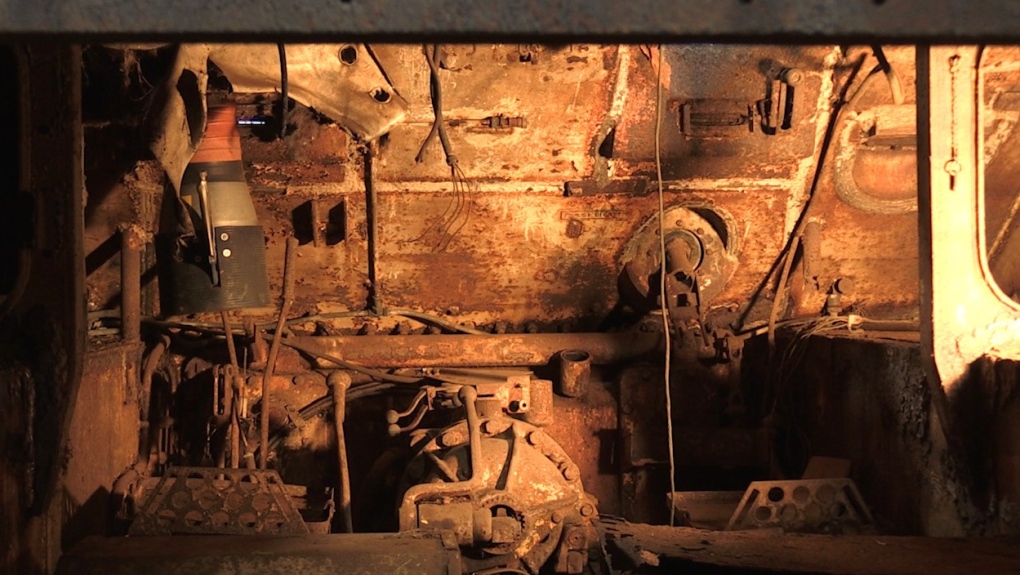 Holy Roller was gifted to the City of London in June 1949 to commemorate the sacrifice made by members of the 1st Hussars during the Second World War.

“As an old army guy, it is particularly rewarding, but what I marvel at is how enthusiastic the students are,” says Devlin, who served 35 years in the Canadian army.

“The Holy Roller from the 1st Hussars, who I might add, is celebrating its 150 years in 2022. That’s remarkable, it’s about celebrating 1st Hussars and students.”

The Holy Roller was moved to Victoria Park in May 1956.

According to the Juno Beach Centre, the 1st Canadian Armoured Brigade (CAB) was equipped with Shermans in time for the invasion of Sicily in July 1943.