LONDON, ONT. -- For the second time this year, Middlesex-London parents will have to make room for remote learning.

Premier Doug Ford made the announcement on Monday that Ontario schools will stay closed indefinitely to in-person learning as COVID-19 cases continue to surge in the province.

The announcement has left some parents scrambling to plan ahead for the weeks to come.

A parent of two children and aprofessor, Helsen says she is looking for a clear line of direction from the provincial government.

"Just before Easter they were telling us the schools are safe, the schools are fine, but the last day of school before the break the kids came out with two extra bags of all of their stuff from school…just in case…people need to know what their lives are going to look like in two to three weeks.” 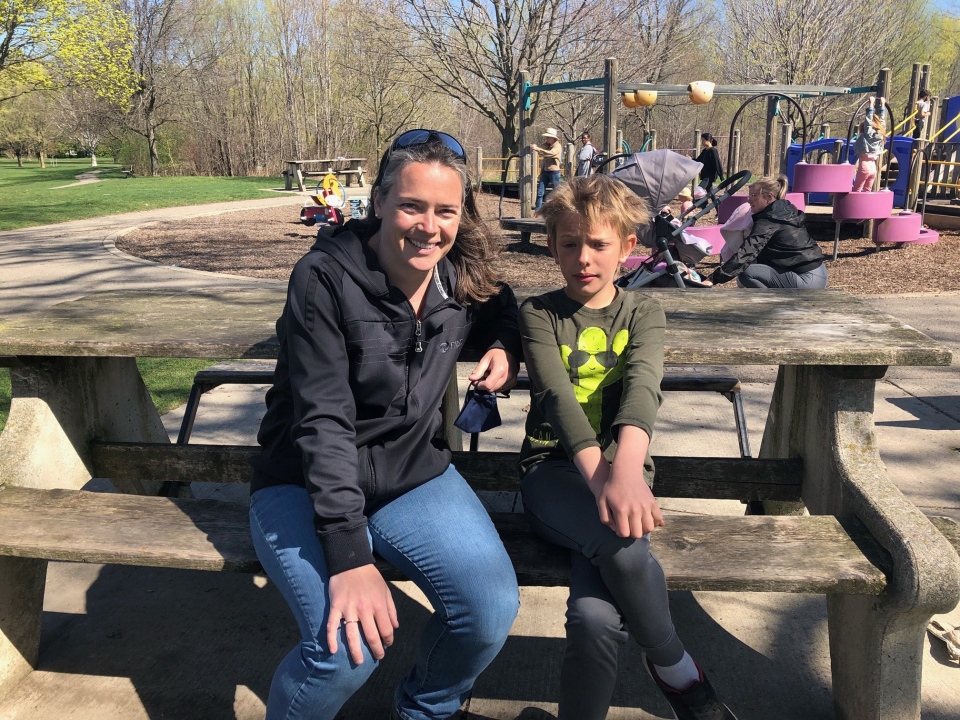 In the same announcement, Ford said they ‘will keep a constant eye on the data’ and on case numbers, hospital capacity and ICU admissions to determine when kids will be back in the classroom.

“I don't like the way we are going to spend a lot of time on screens, and you know, screens get into your eye pupil and does a little bit of damage. But other than that, I think precautions are totally necessary if we want to get this thing over and done with, but I am going to have a hurricane on my hands from my brother.” 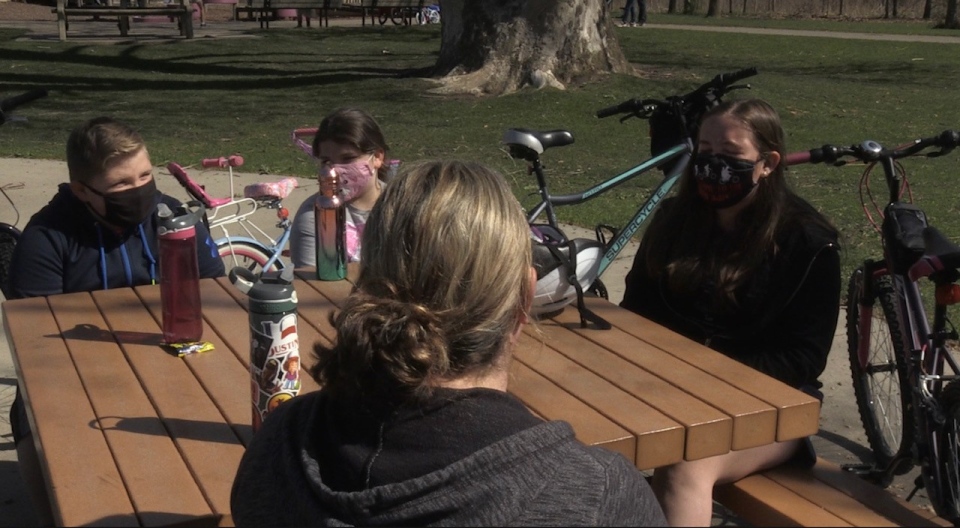 Parent of 13-year-old Allie, Angela Hutson, says the hedging has been frustrating for herself and her daughter.

‘I don’t think the back and forth is good for (the children).”

Hutson said the recent provincial decision is ‘just dragging it out’ and that parents need straight answers.

“Make a decision, if they are or they aren’t, so that people can be prepared. Because now all of a sudden this loop has been thrown in, and parents are going to scramble to try and figure out child care for kids that have to stay home, what are they supposed to do.”

“I want to go back. It's too tiring online, I feel like we get more out of going back to school, online we just don’t do anything,” said daughter Allie.

ETFO Thames Valley Teacher Local President Craig Smith, says the back and forth is just not cutting it and closures have to be a part of a broader public health policy to be effective in the long run.

“We have now gone through two of these, this is our third. I think everyone is growing tired of this particular cycle and we have to break that cycle.”

Smith says while vaccines will help, schools and communities will always be intertwined, with more transmission of COVID-19 in the community equalling more cases showing up in schools.

“Literally make the goal, COVID-zero, so we have zero cases, zero transmissions, zero deaths, that's a hard goal to get to but not impossible…Get it down to zero where we can then have a conversation about safely opening and have assurances that it will be for more than just a few weeks.”