PORT BRUCE, ONT. -- Nearly three years after the Imperial Road Bridge in Port Bruce, Ont. collapsed, it was reopened to traffic on Friday.

Dignitaries including Environment Minister Jeff Yurek and Elgin County Warden Tom Marks were on hand for the opening.

"Today's a re-opening of the long-awaited bridge, three years almost. We're all just happy to have it behind us and people can just start enjoying it again,' Marks said. "This is going to be a good news story, all the way around. People will be pleased...politicians did a good job today so they'll be happy."

Built in the 1960s, the main crossing in Port Bruce collapsed on Feb. 23, 2018 after heavy rain and flooding sent water crashing into the base of the span.

The collapse made headlines across Canada when the driver of a dump truck was stranded on the bridge.

He was quickly rescued uninjured, but it took several weeks for the vehicle itself, which was sitting at a steep incline, to be lifted off using heavy equipment.

It took six months before a temporary bridge over Catfish Creek was opened, and the situation has been a challenge for businesses on both sides of the waterway, as well as causing safety concerns.

Yurek said Friday, "This bridge is just so important to the lifeblood of the community, the emergency services to get quick access to help folks out, but also to get across Elgin County."

Work to rebuild the bridge began in Feb. 2020, after the province committed $1.67 million and the federal government $2.5 million to the project, with the total cost of just over $5 million. 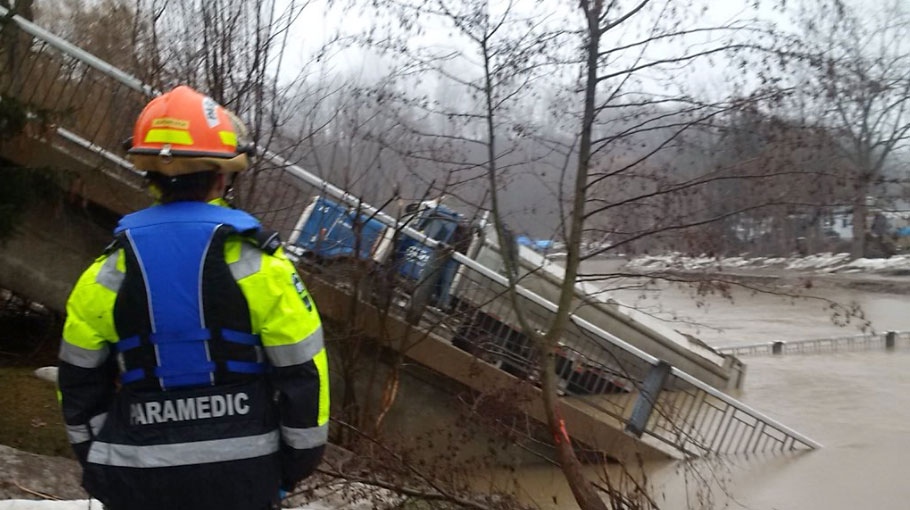 No one was injured after a bridge collapsed at Imperial Road in Port Bruce, Ont. on Feb. 23, 2018. (Twitter/OPP West/@OPP_WR)

David Marr, a former Elgin County warden, says it's terrific to see it opened up again.

"This is fantastic. It's been almost three years and I can still remember getting the phone call from the CAO saying that the bridge had collapsed and I was in total shock at that time."

And residents are excited for what the reopening will mean in terms of getting around town.

Greg MacArther moved to the area this past summer and is looking forward to the new shortcut.

"The bridge is great. We're new here in town, we moved here in June. So we've been doing the long way to walk to the beach with the kids. So now, with their little legs, this will be a little bit shorter."

- With files from CTV London's Jim Knight and Gerry Dewan 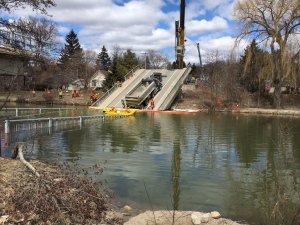