Two weeks ago, Leah Warner got the scariest news of her life.

“I’m just trying to process it,” says Warner of a stage one, grade one breast cancer diagnosis.

She had a large team of supporters Sunday at the CIBC Run for the Cure at Victoria Park in London, Ont.

After her recent diagnosis, her husband Jay and friends started fundraising and came up with $15,000 in just a couple of weeks.

“I noticed something and went to my doctor,” says Warner.

“He didn’t think it was anything but he pushed and it turned out to be something. I found it early so people definitely need to trust your instincts.”

Returning to an in-person event for the first time in three years, more than 800 people packed the park for either a one km walk, or a five km run. 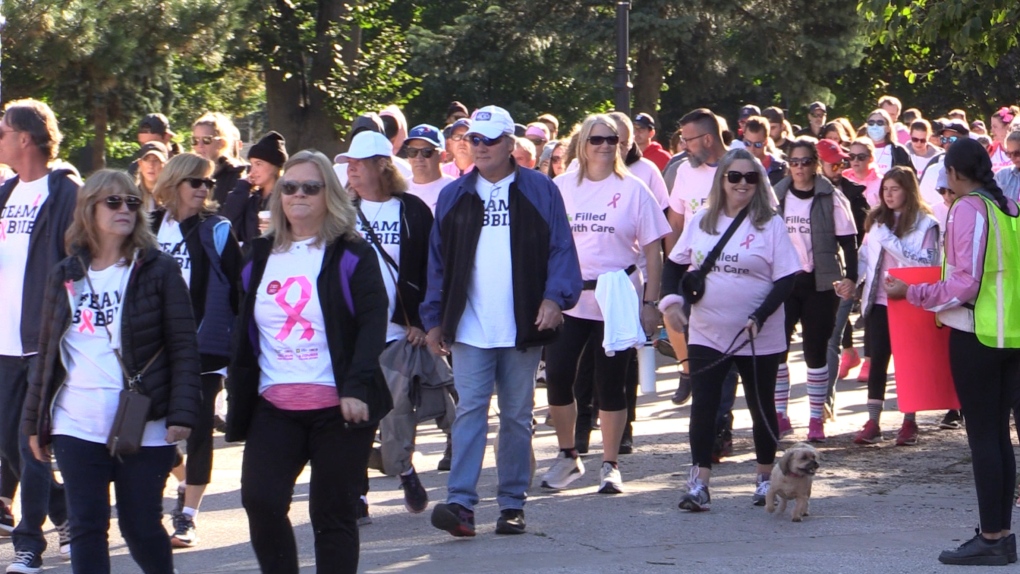 Over 800 participants took part in the CIBC Run for the Cure in downtown London, Ont. Local Organizers say they raised more than $275,000 this year. (Source: Brent Lale/CTV London) “With the stats of one-in-four women getting breast cancer, it's really hard to say that you haven't been touched with breast cancer, whether it's your family member, someone you know, your co-worker or yourself,” says Meghann Geddis, the local run director.

“That's why it's important for us to fundraise and come together and support the people in our lives that have been touched with breast cancer.”

Geddis says the local total raised from Sunday’s run will surpass $275,000. Through the Canadian Cancer Society the funds will help with research, prevention, education and supports for those living with breast cancer.

When it comes to fundraising for this run, there aren’t many people more valuable than Katherine Butson.

“I cannot tell you what it feels like to be told you have cancer,” says Butson. “It literally turns your world upside down.”

Diagnosed with triple-negative breast cancer nine years ago, she’s raised close to $225,000 since starting a team.

“When I was first diagnosed, a mother from my son's school approached me and said ‘let's do team Katherine Butson and run for the cure,’” says Butson who credits her 10-year-old son for getting her through her diagnosis.

In 2013, Butson says there was no research done on her type of breast cancer.

“I can say now that after raising so many funds that there has now been a research project started,” says Butson.

Prior to the run, survivors were called to the front of the stage, where they held a moment of silence to reflect on why everyone in attendance was running and walking. 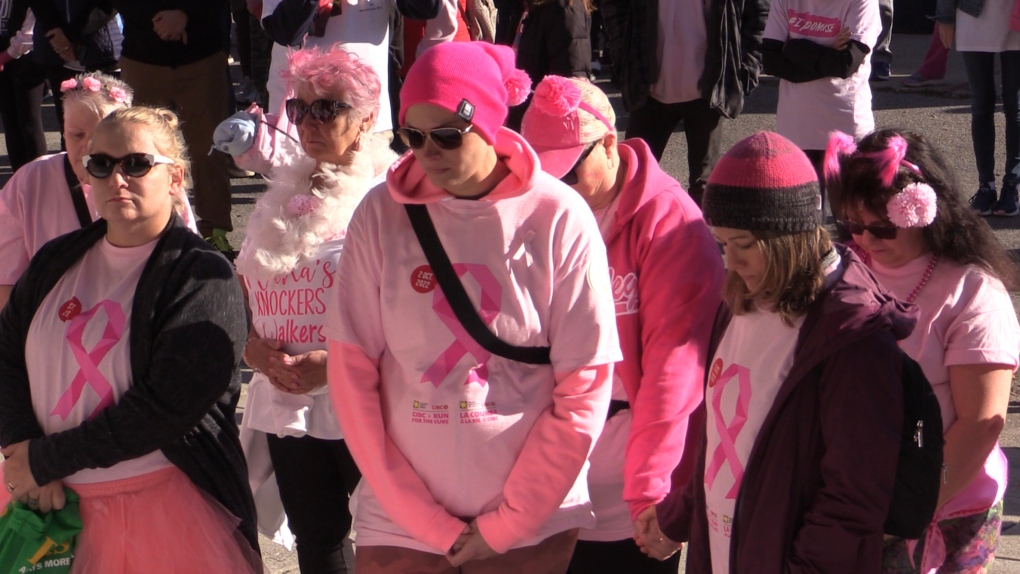 Breast Cancer survivors pause for a moment of silence prior to the CIBC Run for the Cure at Victoria Park in London, Ont. (Brent Lale/CTV London)

'A Christmas Story': The tale behind the famed house for sale

How Team Canada's soccer players, coach did at the World Cup

With Canada’s World Cup run over, CTVNews.ca reviews the performances of the players involved throughout the tournament as well as coach John Herdman.