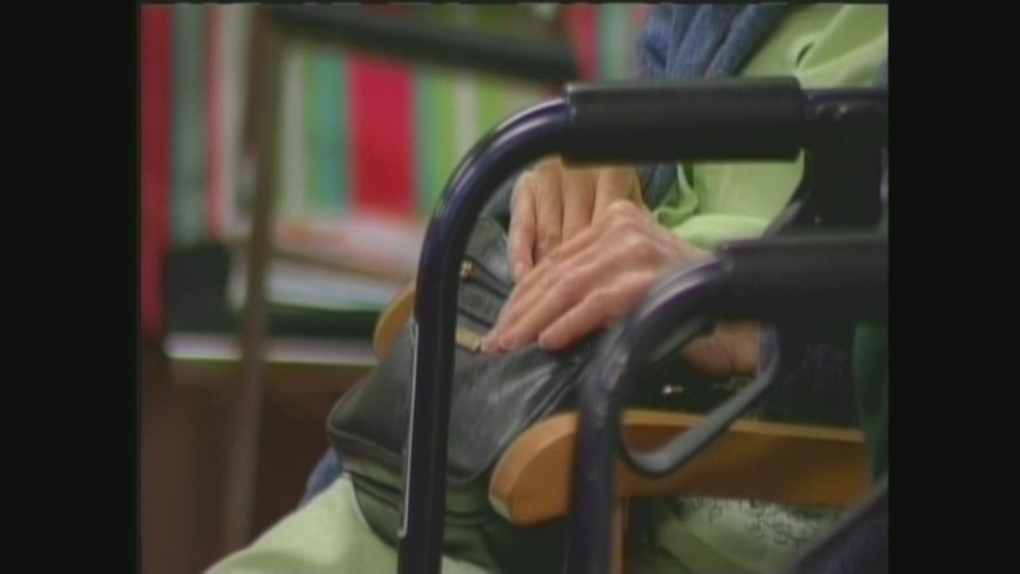 Homes with No Infractions

Homes with Highest Infractions and What Prompts an Inspection

South West LHIN: Homes with most infractions according to data obtained through Ministry of Health and Long Term Care inspection reports. (July 2010- Dec. 2013)*

*Alphabetical order, data obtained through Ministry of Health and Long-Term Care inspection reports. These homes had the highest per bed ratio of infractions.

WN - Written Notification - The inspector submits a written notification of the violations to the licencee, can include a voluntary plan of correction whereby the inspector expects the violation(s) to be corrected by the next unannounced inspection.

CO - Compliance Order - The inspector has ordered the licencee to do, or not do, something to make the home in compliance with the Long Term Care Homes Act. This may also include submitting a plan for achieving compliance under the Act. There is usually a prescribed deadline.

DR - Director’s Referral - Only used once between July 2010-December 31, 2013 in the South West and Erie-St. Clair LHINs. The matter has been referred to the Director of Long-Term Care (a government position appointed by the Minister of Health and Long Term Care)

What prompts an inspection?

The Ministry’s Centralized Intake, Assessment and Triage Team (CIATT) receives, assesses and triages all complaints about long-term care (LTC) homes and all critical incident reports submitted by LTC home licensees. CIATT makes inquiries, as required by the Long-Term Care Homes Act, on all critical incidents and complaints to understand if there is harm or a risk of harm to a resident and possible non-compliance with the Act.  An onsite inspection will be initiated if the information gathered indicates that there is risk to the resident and possible non-compliance. Not all critical incidents submitted require an onsite inspection.

The Ministry responds immediately to any reported information where there is serious risk of harm to a resident, for example, related to abuse/neglect. (David Jensen, Ministry of Health and Long-Term Care spokesperson)

Inspections are also prompted by complaints filed with the Ministry and by mandatory follow-up inspections. In June 2013, the government renewed its commitment to have annual inspections at every home in Ontario. But up until the end of July 2014, 13.5 per cent of homes have received a full inspection while from Jan. 2013 to Jiuly 2014 it was 21 per cent of homes in the Erie-St. Clair and South West LHINs that underwent a complete inspection.

How the information was compiled

We then categorized how the inspection was prompted (complaint, critical incident, follow-up or Resident Quality Inspection) and what the LTC home inspector ruled - either clear of violations, WN, CO or DR. To further identify trends in care, we categorized the violations as follows:

Administration - Administrative errors, concerns - such as not reporting back to the Residents’ Council within 30 days, not forwarding written complaints to the Ministry, or evaluations of a program/policy’s efficacy aren’t being conducted as prescribed in the LTCHA. (later collapsed into the “care” category).

Care -This category originally encompassed only violations dealing with a resident’s care - such as assessments not conducted, missing health information in their files,  or plans of care not being followed. For viewer and reader ease, this category was later expanded to include violations found under administration, hygiene, food, maintenance, privacy, restraint and safety.

Drugs -This category encompasses violations in the way prescriptions are handled such as narcotics being left unlocked or residents receiving the wrong medicine, overdoses or missing doses.

Hygiene -This category deals with ensuring residents’ personal hygiene is maintained at an acceptable level.  Most often, violations here were for missed baths (residents are guaranteed two baths or showers a week), or not brushing residents teeth/cleaning their dentures.

Food -This deals with the residents’ menu. Violations here could involve not following the approved menu, substitutions not being available or residents being fed from unsafe positions.

Maintenance -This category deals with maintenance issues that need to be addressed such as peeling paint or broken appliances. Ultimately, this contributes to the residents’ care and quality of life.

Restraint -Improper or unapproved use of restraints.

Staff -Staffing violations most often deal with understaffing - including not having a registered nurse on duty, a physician for the home, or too few personal support workers on a shift.

Research conducted by Cristina Howorun with the assistance of Olivia Guthrie