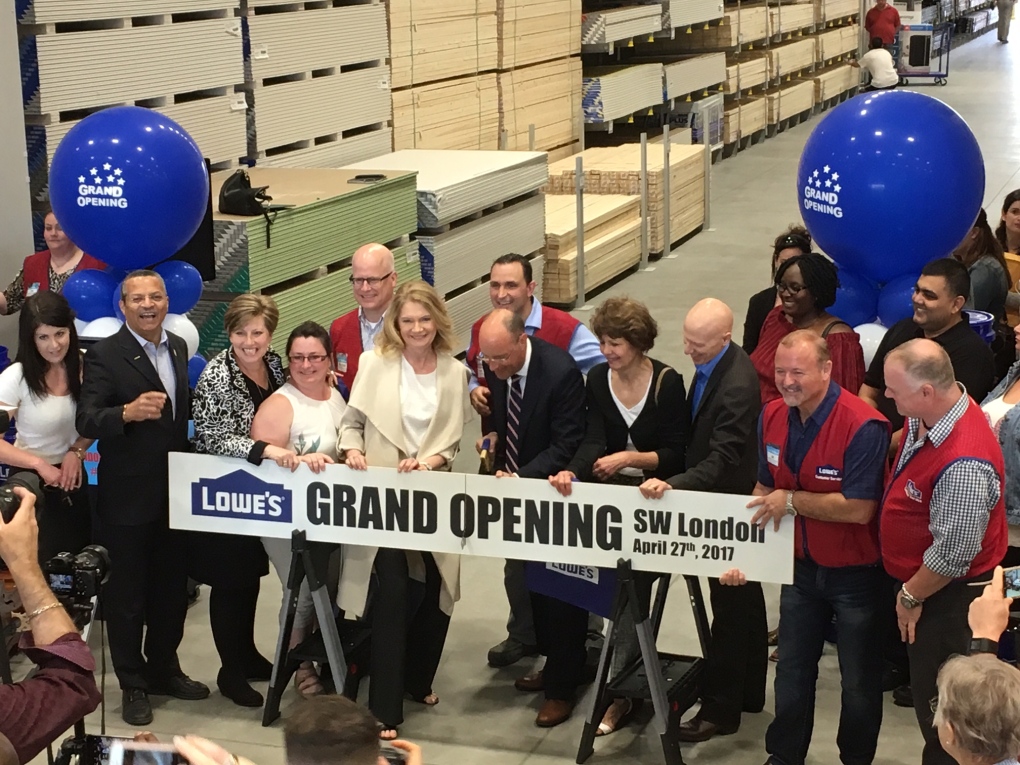 London Mayor Matt Brown is in the center, cutting the board in London, Ont. (Courtesy Lowe's Canada)

Lowe’s Canada celebrated the grand opening of its second Lowe’s store in London on Thursday.

The home improvement store is located at 3375 Wonderland Road South.

The new Lowe’s store represents an approximate local investment in excess of $27 million and will create 135 jobs, with an additional 80 seasonal positions.

Also, the new London store announced the launch of its fundraising campaign as part of the Lowe’s Canada Heroes program. The store joins the 55 other Lowe’s Big Box stores in Canada to raise funds in support of a local cause and community project.

Until May 14, customers can donate $2.00 at checkout and Lowe’s Canada will match 50 per cent of all funds raised through the in-store campaign up to a maximum of $2,000 per store.

Grand opening events will run from Thursday until Sunday.