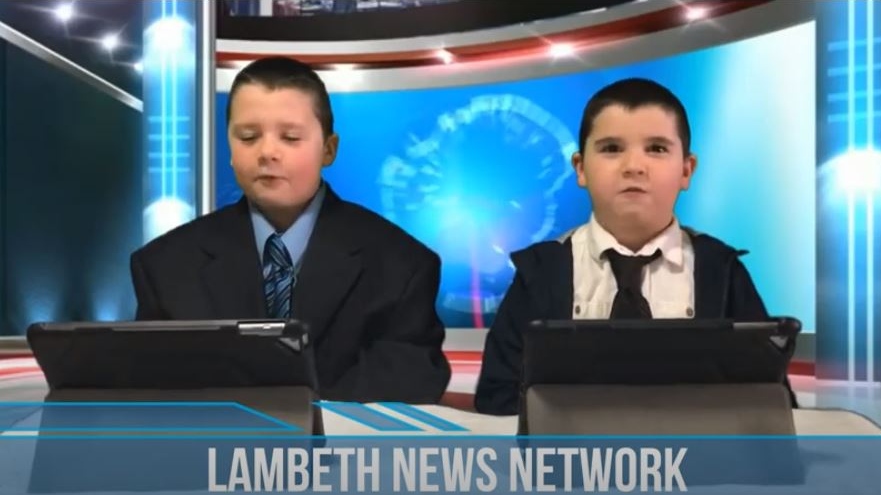 The inaugural broadcast also featured regular television news segments like sports and weather but also lifestyle bits such as "Reese's Baking and Craft Corner" as well an interview with "Alex Exotic" (a play on the popular Tiger King Netflix documentary series) who saw a bear.

The idea came from an overwhelming sense of boredom during self-isolation against the coronavirus.

"The COVID-19 pandemic is still going on and we are stuck at home," says Alex.

"We haven't done much but at least we get to watch way more movies and way more video games."

LNN is the brainchild of Eric Orr, father of Alex and Max, but involves two other Lambeth families, including the Vanhoofts with Reese, 10, and Blake, seven, and the DeGraafs featuring Alex, also seven.