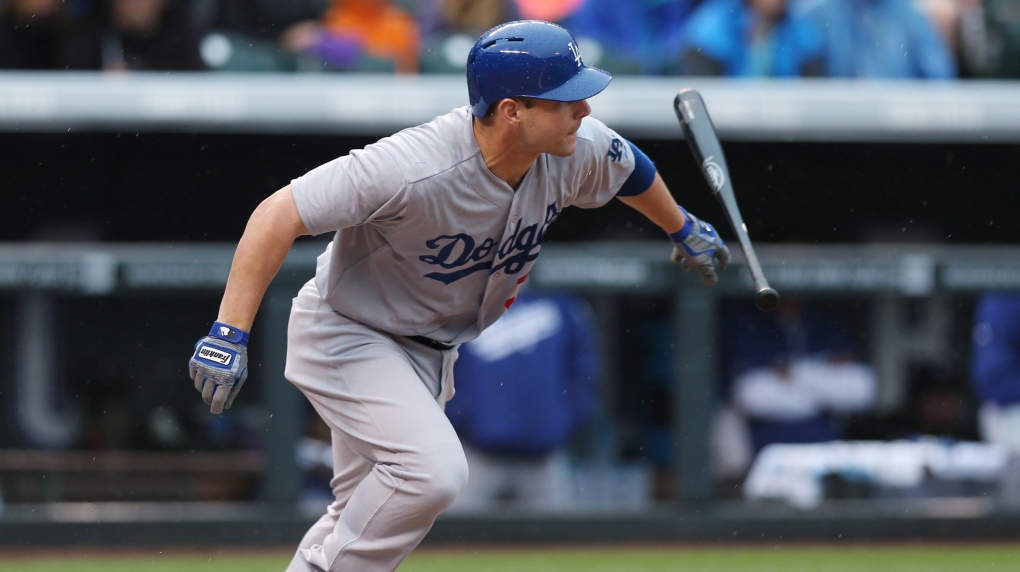 Los Angeles Dodgers' Jamie Romak breaks from the batter's box as he grounds out against the Colorado Rockies in the fourth inning of a baseball game in Denver on Sunday, June 8, 2014. (THE CANADIAN PRESS / AP-David Zalubowski)

The award goes to the Canadian player “judged to have excelled in individual achievement and team contribution while adhering to baseball’s highest ideals.”

While the win is certainly an honour it is also rare.

That is because Romak is not a current Major League Baseball player, instead he plays for the SK Wyverns of the Korean Baseball Organization (KBO).

Also in the running was Brock Dykxhoorn who pitches in the Chinese Professional Baseball League.

Those numbers are the best by any Canadian professional player for 2020.

In his four years with SK Wyverns Romak has never had less than 29 home runs in a season.

Romak is an alum of the London Badgers organization.