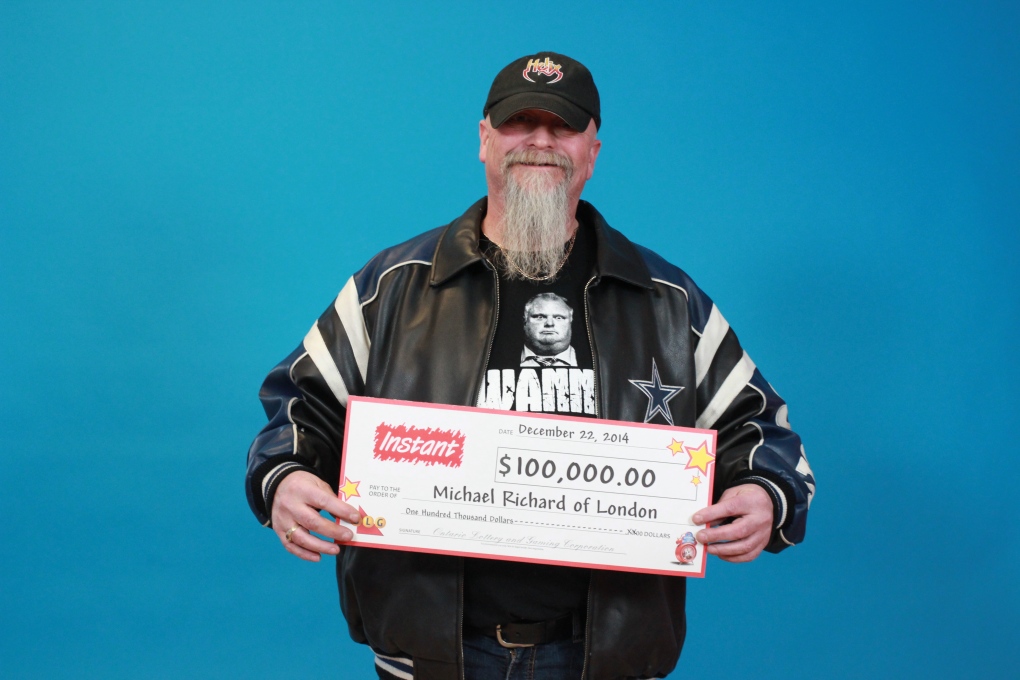 Michael Richard of London won $100,000 in the Instant Cash game, it was announced on Wednesday, December 31, 2014.) (Photo courtesy of Ontario Lottery and Gaming Corporation)

For one London man, the New Year is starting out well.

Richard told lottery officials he thought he had won $5 and was in disbelief when he realized it was $100,000.

The winning ticket was purchased at the Shell Canada gas station on Wellington Road.