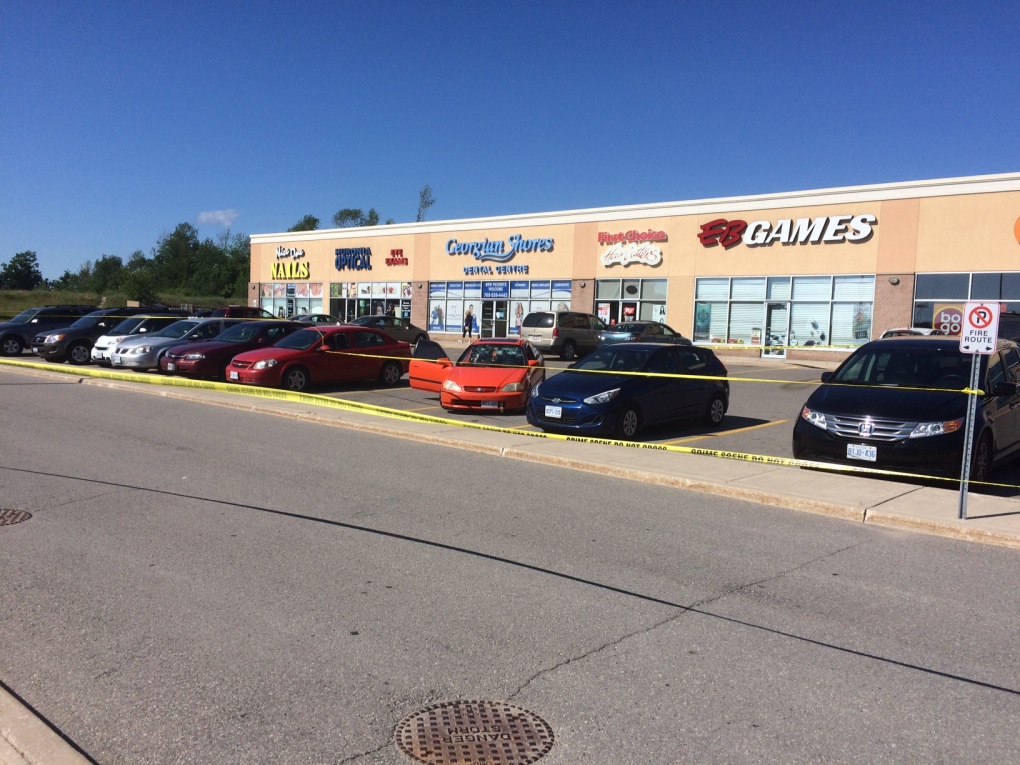 Walmart plaza parking lot after a fatal collision on July 2, 2016

Police in Midland Ontario have charged a London man with murder after a male was struck and killed by a vehicle in a Walmart parking lot in Midland.

Investigators say 29-year old Corby Stott of Wyevale, Ont, was treated at the scene early Saturday afternoon and then rushed to Georgian Bay Hospital where he was pronounced deceased.

They say 25-year old Jason Heffernan of London was arrested at the scene and charged with second degree murder.

Heffernan is scheduled to appear in court in Barrie on Wednesday.

A post mortem is scheduled for today in Toronto.